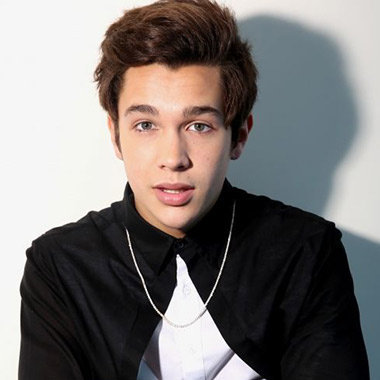 Austin Mahone is an American singer and songwriter and has been working under contract for Young Money Entertainment, Republic Records, and Cash Money Records.

Austin has been dating model Katya Elise Henry and the couple seems happy together. They have been appearing in various shows together.

Born on 4th April 1996 and raised in San Antonio, Texas as the son to Michele Lee and Charles Edgar Mahone, Mahon started to play guitar from the early age. His father died when he was 18 months and he was raised by his mother.

He completed high school education from Lady Bird Johnson High School. Mahone has been active in the industry since 2010 and has visited many countries giving stage performances.

Mahone started his career from YouTube, he came into the limelight after he started to post videos covering songs of various artists. He posted his first video on YouTube in June 2010 and started to build an online following.

After receiving positive feedback in his videos posted on YouTube, he released his first single “11:11” on iTunes and released his debut EP on 4th June 2012, in Japan only. His second single was released on 5th June 2012, worldwide.

On 28th August 2012, he signed a contract with Chase/Universal Republic Records and became the new “Teen Ambassador” for Lil Wayne’s clothing line. Similarly, he also appeared in the commercials made for McDonald’s and Hot Nuts. On 3rd December 2012, collaborating with rapper Flo Rida, he released a song named “Say You’re Just a Friend” and released the piano version of the same song.

He released a song titled “What About Love” in June 2013 and won MTV Video Music Awards for the music video of this song. After gaining public attention from his various releases, he got a chance to appear as opening acts of a Taylor Swift’s Red Tour. It just took him three years to kick his headlining tour after he released his first video on YouTube.

Mahone appeared on the music video of Beck G “Lovin So Hard” in 2015 and he released his single “Dirty Work” from his debut album which was released at the end of Septemeber. He toured Australia in three dates from 20th November 2015.

Mahone had been dating Becky G and due to some personal issues and misunderstanding, the couple broke up. Since March 2016, he has been dating model Katya Elise Henry and the couple seems happy together. They have been appearing in various shows together.

Mahone stands tall with a height of 1.78m and he has been a point of attraction for many girls. Mahone is active on all social networking sites, he can be followed in facebook, Instagram, and Twitter. Updates on his tours and latest releases can be found in his official websites.

At the early age, he has been able to make good money out of his career, he has estimated net worth of $5million.