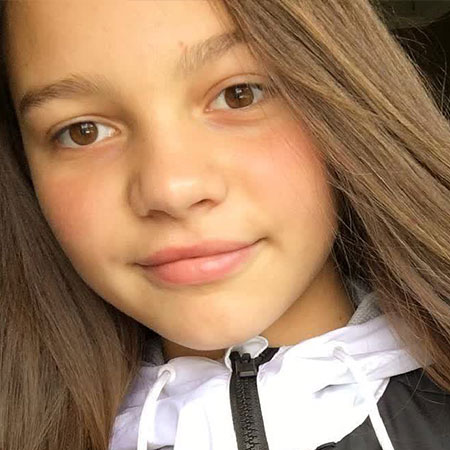 Aaliyah Mendes is a social media star who has gained massive fame on Vine under the name Princess Aaliyah. She also had over 250,000 followers by the time the app was shut down.

Further, she is also famous for being the sister of Shawn Mendes who is a famous pop star and heartthrob of many.

Aaliyah Mendes is taking her own sweet time before hitting it big in the showbiz. She is still immature and learning from her brother.

She is a respectable figure and also has been able to establish herself for her own work. She has only been able to manage a decent earning at a very young age and 2018 was a pretty good year for her.

Aaliyah has accumulated a decent net worth enough to suffice for herself and let’s not forget she is the sister of Shawn Mendes who is popular worldwide.

Aaliyah has made a name for herself as a famous Vine star when the application was running. Although the app has been shut down she is still prominent on other social media.

Aaliyah was heavily influenced by her brother and following the footsteps of her brother, she too started using Vine. She joined the video sharing platform in July 2013 and gained massive fame in just a short amount of time. On the other hand, she also has over 800 thousand followers on Instagram.

Aaliyah Mendes was born on 15th of September 2003 in Toronto, Canada. She was born to Manuel Mendez and Karen Mendez. Her father is a businessman whereas her mother is a real estate agent.

She also has an older brother who is no other than Shawn Mendes. If you haven’t heard of him then, you are probably hidden under the shadows of the dark aisles.

Aaliyah comes from a mixed English and Portuguese descent but her nationality is Canadian. It is also known that Shawn sang “In My Blood in Portuguese” to show his support for Portugal during the 2018 Fifa World Cup.

You might also love to read about Jeon Jungkook.

Looking into her education, Aaliyah is still a high school student. Academically, she is a very good student and has an even greater personality.