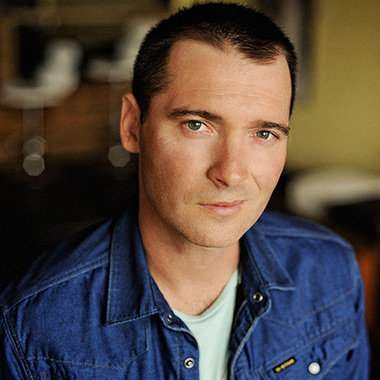 While talking about the Australian country music, Adam Brand is such a name that one should not miss. Born on 27 January 1970, Brand has given his identity as a successful record artist having sales history of half a million albums. He has recorded 11 studios album and has been working in the industry since 1997.

Adam Brand grew up in Perth in a musical environment where his father was a singer and fan of Elvis Presley and his mother introduced him to the music of Roy Orbison and Elvis Presley. From early days, Brand got a chance to listen to good music which later helped him to sharpen his ear in finding right notes and right tunes. He started to play drums at the age of ten and moved to various places with his father in his business trips. Brand’s first album, self-titled, recorded under Flying Nun Records was released in 1998 after he moved to Sydney in 1997. The received platinum certificate and reached 44th rank in ARIA album chart of Australia.

In 1999, Adam Brand received three CMAA awards out of five nominations. He won the award for Song of the Year, New Talent of the year and Video Track of the year and was his album Adam Brand was nominated for Best country album at 1999 ARIA Music Awards. Adam was the recipient of Johnny O’Keefe Encouragement Award in 1999 Mo Awards. His other awards include ‘Vocal Collaboration of the year’, Heritage song of the year and other many awards. His album Good Friends was released in 2000 which reached No. 26 on the album charts. In 2001 he started to work for Built for Speed, the compass Brothers Records album which was released in 2002 and reached No.24 on the album charts. His other album works include Get Loud(2004), Blame It on Eve(2008), Hell of a Ride(2009), It's Gonna Be ok(2010), There will Be Love(2012), My side of the Street(2014). Recently his album Adam and the Outlaws was released on January 8, 2016, under Compass Brothers label.

Adam Brand has also worked on various compilations albums such as Christmas in Australia, Greatest Hits 1998-2008 and You’re A Revhead. He has released more than a dozen singles including Dirt Track Cowboys(1999), She’s Country(2005), That Changes Everything(2007), Get On Down the Road(2008), Ready for Love(2009) and She Got Away(2013). Adam Brand has much more to contribute to Australian Country Music and his television profile has been growing in the last couple of years after he won Dancing with The Stars.

Digging about his personal life, Adam Brand has a keen interest in the motor sport which can be seen in his song Cowboys which is themed around the motor sport. Brand also has experience of racing in V8 Utes category racing in the early 2000s. Though his professional life seems successful, oppositely his love life seems full of break-ups and patch-ups. Brand has been married twice before and he met his partner Jade Hatcher at the age of thirty-nine during Dancing With The Stars in 2009 and married in 2010 but in 2011 Jade left him. To know much more about this talented musician he can be followed on Facebook and twitter.