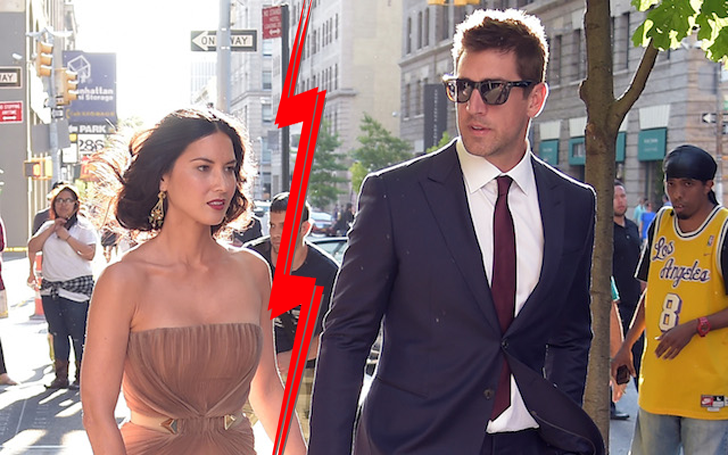 The relationship between a player and a model is always an adorable combination, take David Beckham and Victoria Beckham for example but it’s not always rainbows and butterflies some of the relationships start with a quick date and end anyways!

Is the couple still dating each other? Or, have they already broken up? If they have broken up, what is the reason for their breakup? If you want to know about their relationship in detail, then stay tuned and scroll down to know more about them.

After being in a relationship for over 3 years, the couple broke up in April 2017. The rumors of their break up came into existence just 2 months after the pair had an engagement rumor. The break up just happened within 2 months of the actress wearing a diamond engagement ring on her ring finger.

[ CAPTION: Olivia with her ex-boyfriend in Oscar ][ SOURCE: Instagram ]

The Quarterback of the Green Bay Packers also told the media that it’s difficult to be an open relationship because different people have a different opinion about their relationship. He also told them that their rumors and love had indirectly affected their work life.

In the account of Olivia’s break up, an insider stated that the poor relationship between her and Aaron’s parents had nothing to do with their break up. It’s just because of Aron’s personal decision.

After break up with the Rodgers, Olivia has not officially announced her relationship with any other guys. However, she has been seen with other guys and has posted on her social media profiles with a couple of guys.

Although Aaron and Olivia were in a good relationship, the couple is no more together. They have already moved ahead in their life. Hope, both of them have rocking life ahead.