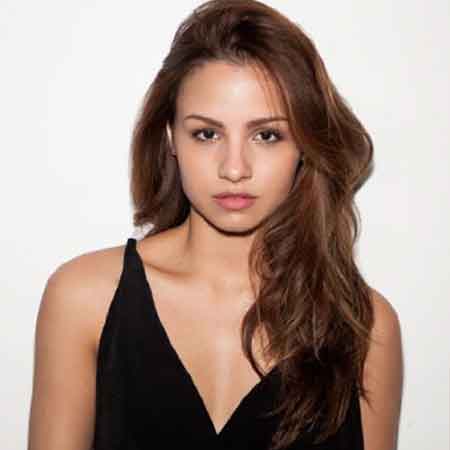 Aimee Carrero, an American actress is widely known for her portrayal role as Angie on the Cartoon Network live-action series, Level Up. Furthermore, her other notable roles are as Sofia Rodriguez on Young & Hungry and Princess Elena on Elena of Avalor.

Carrero is married to husband Tim Rock. Carrero and husband Tim got engaged in November 2015 and after a year of their engagement, the couple shared their vows in August 2016.

Aimee Carrero was born on 15th July 1988, in Santo Domingo, United States. Her birth name is Aimee Veronica Carrero Vila. Her mother Mary Carrero is a Dominican and father Rodney Carrero is a Puerto Rican.

Carrero grew up in Miami, Florida along with her younger brother. In 2008, Carrero graduated with a degree in International Relations from Florida International University.

Before her graduation, Aimee Carrero began her acting career making the debut through a movie The Essential Man. The same year, she further starred in another movie, Category 4 portraying the role of Alexandra. In 2009, Carrero portrayed the role of Emily in the movie, Alvin, and the Chipmunks: The Squeakquel.

Carrero made her first television series appearance through Hannah Montana. Her other television credits include The Mentalist, Lincoln Heights, Men of a Certain Age, The Middle etc. In 2011, Carrero made her cast in Cartoon Network live-action film Level Up as Angie which helped her earn a wide recognization. She reprised her role as Angie from 2012-2013.

Moreover, Carrero is further known for her role as Lucia in The Americans and as Sydney in Baby Daddy. Since 2014, Carrero currently appears on Young & Hungry as Sofia Rodriguez. Furthermore, she also portrays the role of Princess Elena in the series Elena of Avalor.

The 29 years old renowned actress, Aimee Carrero is married to her beloved boyfriend Tim Rock who is an actor. Carrero and husband Tim got engaged in November 2015 and after a year of their engagement, the couple shared their vows in August 2016.

Their wedding was held at the posh, Italian restaurant, Casa Tua. Although the couple is already married, they do not have any kids yet. Furthermore, none of them have mentioned any plans for having kids. The couple is enjoying their married life without facing any rumors of divorce or extramarital affairs.

Both of them shares adorable pictures of each other on their Instagram. Besides this, Carrero hasn’t been in any other relationships in past.

Aimee Carrero has maintained a standard life. Her main source of income is through her acting career. Being such a popular actress, Carrero surely earns a good sum of money from her career.

Allocating information from several sources as of 2018 it is found out that Carrero has an estimated net worth of $64.5 million. She owns a dog of Cockapoo breed which worth $1000-$1400.