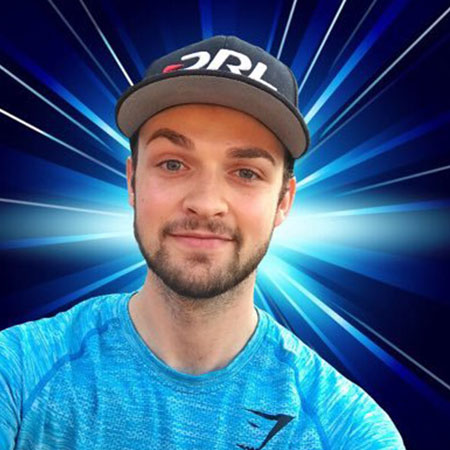 Being a Youtube star a big deal because almost 5 billion videos are watched on YouTube every single day, and Alastair Aiken manages to upload gameplay videos and is able to keep his viewers occupied. Alastair Aiken better known as Ali-A is a British YouTube star as well as Gamer who always entertains the viewers with his videos on his YouTube channel.

Alastair Aiken(Ali-A) is an unmarried man and is in a relationship with another Youtube and social media star, Clare Siobhan since 2015. Aiken net worth is reportedly more than $5 Million. Keep scrolling to know more about Ali-A age, birthday, affairs, gameplay, and more fun facts.

Ali-A Net Worth, Salary. How much he generates Income from his YouTube Channel?

The 26 years old Ali earns an extraordinary amount of money through youtube channel. Reportedly he monetized his channel in 2009 and is earning a great sum of money from it.

Adding to his worth, he owns an amazing White Audi R8 worth £69,100 in Britain. This was his second Audi as he once crashed his black Audi R8 in a life threatning accident.

Along with that he further operates a TV show! Ali-A’s Superchargers on CBBC channel, its a tv show where kids fix their parent’s old cars. He reportedly earns an extra sum from his recent TV show as well.

Besides, Ali earns some decent amount of money from his musical.ly, his is officially certified user has more than Million of followers in his official Tik-Tok account.

He also owns numbers of gaming hardware like Xbox, Xbox 360, PlayStations 3 and 4 and other hardware like iPhone, Wii U, Nintendo Switch and Alienware PC, which costs well over $10 thousand.

A megastar youtube gamer Ali-A is an unmarried man, but he is in a relationship with another YouTuber and model Clare Siobhán since 2015. Siobhán alike Ali-A uploads the The Sims 4 and Pokémon gameplays. 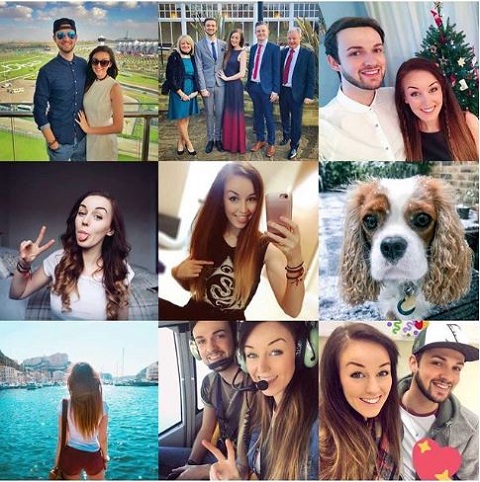 Before joining YouTube she was tied to Xbox where she workes as a marketing officer. The duo met each other in an airport when they both were flying out for gaming event in Gamescom.

Ali is pretty active in social media and frequently share a photo with his loved one. Recently on January 12, he posts a photo with his cute girlfriend relying on Happy journey to 2019.  The duo seems to enjoy their relationship before getting married.

Have You Missed To Read: Bart Kwan Biography

Regarding Ali-A body measurement, he stands at the height of 6 feet 2 inches and his weight is about 82 kg. He is successful in maintaining a slim fit. Furthermore, he hasn’t been in any part of rumor and conflicts yet.

Ali-A was born as Alastair Aiken on 6th November 1993 in London, England. Most of his background detail hasn’t been revealed in online sources. He was raised up with his brother Simon Aiken. His parent’s identity is not published anywhere, however, he holds an English nationality and belongs to white ethnicity.

Most of his personal information has not been revealed in any online portals despite being a successful online media personality.

Regarding his education, he has once mentioned on his own vlog that he was a subject of bullying in high school, however, he hasn’t announced the name of his school.

Ali-A started uploading contents on Youtube in 2006 although it wasn’t until the year 2009 that he started monetizing his videos.

He was a professional gamer who rose to stardom after uploading the gameplay video of First Person Shooter video game, Call of Duty in 2009.

At starting he doesn’t have very few subscribers, later his channel subscriber increased when he gradually upload the gameplay of that Game.

Currently, he has 15 Million subscribers on his Youtube channel. Furthermore, Alastair has gaming hardware such as Xbox, Xbox 360, PlayStations 3 and 4, even he plays games on his smartphone.