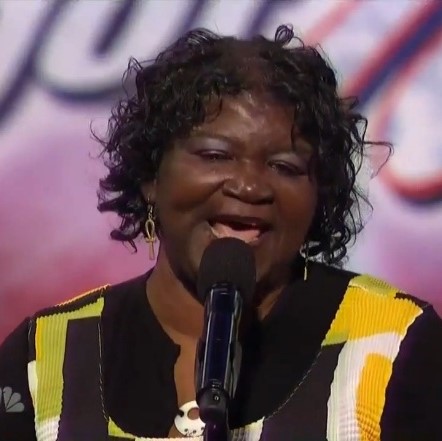 Alice Tan Ridley is an American singer gospel and R&B singer. She is well known for her appearance on the fifth season of “America’s Got Talent”. Moreover, she is also known as a mother of Gabourey Sidibe.

Alice Tan Ridley is a married, mother of two children as well as a divorced woman. She was married to Ibnou Sidibe, a cab driver but in 1987.

Alice Tan Ridley was born on 21st December 1952, in Georgia, U.S.She belongs to a musically talented family of 9 siblings, most of whom have become artists. At the age of three, she has been captivating audiences. She went to New York in 1971, raising a family and teaching disabled children in the NYC school system.

And then you run into a singer named @alicetridley on the subway platform and your day is made… #NYC @MTA @Adele pic.twitter.com/W8581ma4In

Ridley released her debut album “Never Lost My Way” on 15th September 2016. Alice covered has many songs such as ‘I Will Always Love You,’ ‘I Will Survive,’ ‘Billy Jean,’ ‘My Heart Will Go On,’ and other familiar favorites.

Alice Tan Ridley was known locally as the “New York City Subway Idol.” A 2010 feature in the New York Post described her ‘electrifying R&B act’ after the author witnessed ‘another rousing show in the Times Square underground.’

Alice Tan Ridley became a part of America’s Got Talent in 2010 and, although she didn’t win, it exposed her to larger audiences. Alice Tan Ridley bravely made herself known to the world when her phenomenal rendition of the Etta James classic, “At Last”, wowed the judges, blew away the audience, and caused the entire nation to take notice.

People Magazine also gave support, saying, “Alice Tan Ridley is AGT’s top vocalist!” Ridley carried this impulse throughout the rest of the show, and while she did not make it to the top spot, she won the hearts of America and had built an enormous fan base along the way.

Alice’s charismatic stage appearance stretches well beyond her vocal abilities, making captivated crowds fall in love with her personality as she shares stories of her journey. As Howie Mandel told to Alice after her “At Last” cover: “you earn to be heard by much more than everyone on the train”.

Alice Tan Ridley is a married, mother of two children as well as a divorced woman. She was married to Ibnou Sidibe, a cab driver. As a loving spouse, the couple welcomed their first child a daughter named Gabourey Sidibe on 6th May 1983.

Happy Mother’s Day Everyone, With A Special We Love You To All Mothers!! @gabby3shabby #mothersday #love #childrenourfuture

Her daughter Gabourey is an Oscar-nominated actress, who is well known for her role in the film ” Precious.”

As well as, their second child’s name is Ahmed Sidibe. But, their relationship did not work out, and they decided to divorce in 1987. Her current relationship status is single.

Alice Tan earns a good sum of money in her carer. As a singer, Alice has recorded numerous songs. She also won over $20,000 on a Fox network talent show called 30 Seconds To Fame. She surely earns a handsome salary from her career, and most of her income hails from her singing career.

Allocating information from several sources as of 2018 it is found out that Alice Tan has an estimated net worth of around $6 million. She is living a luxurious life with her family, and her daughter.