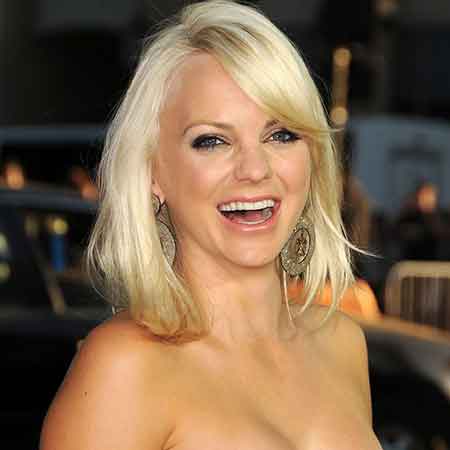 Anna Faris is an American actress, producer, podcaster and author widely known for her role as Cindy Campbell in the Scary Movie films. Faris was married twice and had a child from her marital relationships.

Faris was first married to Ben Indra and her second wedding was with Chris Pratt. Unfortunately, both the marriages of Faris ended up with a divorce.

Anna Faris was born as Anna Kay Faris on 19th November 1976, in Baltimore, Maryland, United States. Her father Jack Faris is a sociology professor and mother Karen Faris, a special education teacher. Faris grew up along with her brother Robert Faris.

At the age of six, Faris moved to Edmonds, Washington and settled there along with her family. In 1994, she graduated from Edmonds-Woodway High School. Similarly, she earned a degree in English literature from the University of Washington in 1999.

Anna Faris made her acting debut through the 1991 series Deception: A Mother’s Secret playing the role of  Liz. Currently, Faris stars in the series Mom. She has been portraying the role of Christy Plunkett in Mom since 2013 alongside Allison Janney, Jaime Pressly, and others.

Likewise, she made her movie debut through Eden. She next starred in the movie Scary Movie and its sequel Scary Movie 2. Most recently in 2018, Faris portrayed the role of Kate in the movie Overboard.

Anna Faris was previously married twice but both of her marriages ended up with a divorce. Faris began dating her boyfriend, an actor Ben Indra after she met him on the set of 1999 indie slasher Lovers Lane. After dating for few years, the pair tied the knot on 3rd June 2004.

But in April 2007,  Faris filed for a divorce citing irreconcilable differences. Well, their divorce was finalized on 19th February 2008. As per their divorce settlement, Faris paid $900,000 in addition to other property and acting royalties to her husband Ben.

Later in early 2007, Faris met her second husband Chris Pratt on the set of movie Take Me Home Tonight in which they portrayed the character of love interests. After dating for a year, the pair engaged in late 2008 and got engaged on 9th July 2009.

Their wedding was held in a small ceremony in Bali, Indonesia. In August 2012, Faris and her partner Chris welcomed their son Jack Pratt. However, even being the parents of a child, the pair failed to continue their relationship and separated on 6th August 2017.

On 1st December 2017, the pair filed for a divorce. Currently, Faris is in a relationship with cinematographer Michael Barett. The lovebirds began dating in October 2017 and are still together. As they are still dating, none of them have mentioned any plans of getting engaged or married.

Allocating information from several sources as of 2018, it is found out that Anna Faris current estimated net worth is around $20 million. Faris earns a fortunate amount of money from her acting career. Faris gets paid the salary of $125,000 per episode for her sitcom, “Mom.” She has starred in several movies and television series.