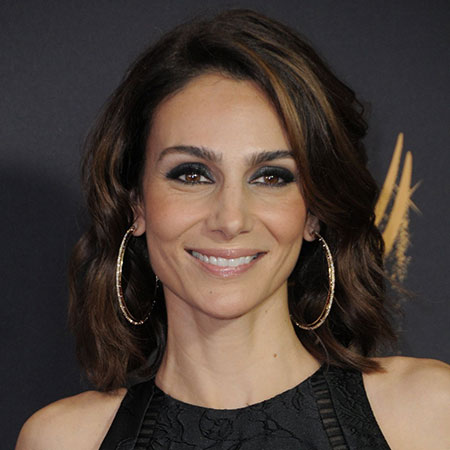 Anne Marie Cancelmi is a famous name in Hollywood who is also shortly known as Annie Parisse. Annie Parisse is an actress by professional who works on television, film, and theater.

She was born on July 31, 1975. Annie has gained name and fame in television, film and theater sector with her impressive and realistic acting and has made a huge fan. Parisse’s act in the television drama series Law & Order as Alexandra Borgia was widely appreciated. She has also played a major role of Julia Lindsey Snyder on As the World Turns and played the role of FBI specialist Debra in the first season of The Following, the television suspense thriller.

While talking about her career, Parisse appeared on the shows such as Third Watch, Big Apple, and Friends. In 2002 she made her appearance on the Law & Order, where she played the role of an exotic dancer in law school where she spied against murder who killed his wife.

From 1998 to 2001, Parisse acted as Julia Snyder in the cast of the CBS soap opera As the World Turns. She again appeared in some episode in 2002 and later she was nominated for a Daytime Emmy award for her outstanding work as a young actress in a drama series of 2001.

“I am a hobbyist photographer so I relate to the visual arts that way, but I am not a painter.”

Parisse played supporting the role of Demure Jeannie Ashcroft in How to Lose A Guy in 10 Days and also appeared on minor role of agent Dawes in National Treasure, the 2004 action movie. She held a supporting role in the 2005 film Monster-in-Law. Parrise made her final appearance on Law & Order in May 17, 2006, after her character was killed. Later on, she started to appear on Prelude to a Kiss, revival of Craig Lucia. She also made her appearance in an Off-Broadway performance on the role of Becky Shaw. Similarly, she appeared in various dramas such as The Pacific, Measure for Measure and All’s Well that Ends Well and also made a guest appearance on Person of Interest on the role of Kara Stanton. In 2012, she Parisse starred on The Following as FBI specialist.

Parisse was nominated for a Daytime Emmy at the Daytime Emmy Awards under category Outstanding Younger Actress for her work in a Drama Series for As the World Turns.

Diggin about her personal life, she was born to Louis G. Cancelmi and Annette in Anchorage, Alaska. She has two brothers named Louis Cancelmi, an actor, and Michael Cancelmi. Parisse completed her study for Fordham University. She is currently married with actor Paul sparks and she has one son with him who was born in October 2009.

Parisse has attractive body figure with a slim waistline and wide hips. She stands tall with a height of 1.78m and has the weight of 57 kg. Hardworking dedicated personality Praisse has made net worth of $300 thousand through her acting career. For information on her can be found on Wikipedia and she can be followed on facebook, twitter, and Instagram