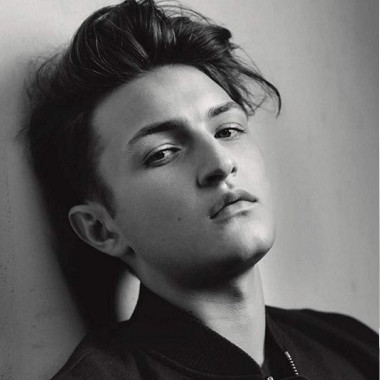 Anwar Hadid is an American sensational fashion model and TV personality. He became interested in fashion after his siblings Jelena Noura “Gigi” Hadid, and Bella Hadid started modeling and Anwar was signed by IMG  in 2016.

Anwar Hadid was born on June 22, 1999, in California. His mother, Yolanda Hadid is a television personality and former model, known as a star of the American reality-television show “The Real Housewives of Beverly Hills”. His father, Mohamed Hadid is a real estate developer of Palestinian origin, known for building luxury hotels and mansions, predominately in the Bel Air neighborhood of the city of Los Angeles and Beverly Hills in Los Angeles County, California. 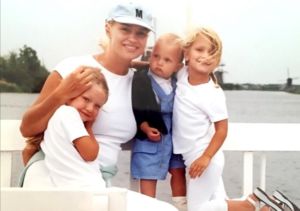 He has four siblings, models Gigi Hadid,  Alana Hadid,  Alana Hadid and Bella Hadid. Anwar also has two half-sisters, Sara Foster, and Erin Foster from his father’s previous marriage. Hadid and his siblings were basically raised on a ranch in Santa Barbara and then went out to Malibu while he was still in elementary school. He enrolled Malibu High School and Westmark School, playing on the football and soccer teams. 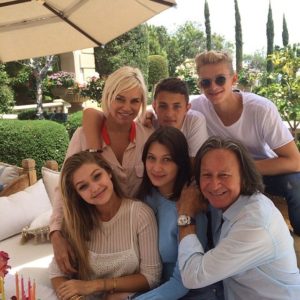 Hadid began his modeling career in the October 2015 issue of Nylon Magazine. Nylon is an American multi-platform magazine and media company which focus on pop culture and fashion. Its coverage includes art, beauty, music, technology, design, celebrities, and travel.

He was on the cover of Teen Vogue in June/July 2016. Teen Vogue is a US magazine, launched in 2004 as a sister publication to Vogue. It targeted at teenage girls. Like Vogue, it includes stories about fashion and celebrities.

In January 2017, he was named the face of Hugo Boss Menswear’s HUGO line. Hugo Boss AG often styled as BOSS, is a German luxury fashion house. Originally focusing on uniforms, it was a supplier for Nazi Party organizations both before and during World War II. 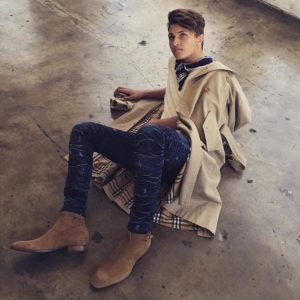 Hadid walked in the Zadig & Voltaire New York Fashion Week in February 2017. It is one of four major fashion weeks in the world, collectively known as the “Big 4”, along with those in Paris, London, and Milan. It has consisted of numerous branded events, such as Olympus Fashion Week New York, Mercedes-Benz Fashion Week New York and MADE Fashion Week and many independent fashion productions around town.

In 2016, he signed with the agency IMG Models, like his sisters. MG Models, a division of the sports, fashion, and media company, IMG Worldwide, is an international model management firm. IMG models have offices in New York City, London, Milan, Paris, and Sydney. Representing female talent since its inception, as of September 12, 2012, IMG has re-launched its men’s division after its dismantling in 2007.

He starred on the cover of Teen Vogue June/July 2016 alongside Cameron Dallas and was on the YOUths fashion editorial for Paper Magazine in April. Paper, stylized as PAPER, is a New York City-based independent magazine focusing on fashion, pop culture, nightlife, music, art, and film. Past cover models include Kim Kardashian, Katy Perry, Miley Cyrus, Prince, Jeremy Scott, CL, and Jennifer Lopez.

The Real Housewives of Beverly Hills

This sensational model, 6′ 1″, holds an American nationality and belongs to white ethnicity. Once he was rumored to be a gay but he disproves the rumors by posting his photo holding hands with Justin Bieber’s old flame, Nicola Peltz in Beverly Hills on Jan 18, 2017. In January, the New York native spoiled about her blossoming relationship with him. 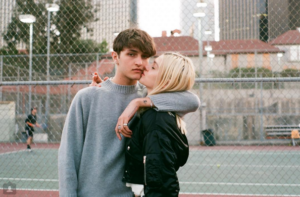 In January 2017, she spoiled about her blossoming relationship with him.
‘We’re hanging out. Honestly, he is an angel. He’s such an amazing person.’
She continued, ‘He comes from such an amazing family. Gigi and Bella are so, so sweet. I just love his family so much. They’re feminine, strong girls. To have that around is amazing.’

In his spare time, Anwar loves watching basketball and the Lakers in particular. Anwar is a fan of fashion and is modeling like the rest of the women in his immediate family. Anwar also loves to swim and surf. He earns his salary from his modeling career however he has not revealed about his net worth on social sites. He is also active on social networking sites. Anwar Hadid’s legit net worth is not made available yet, however, his father, Mohamed Hadid has an estimated net worth of $200 million (As of 2017)