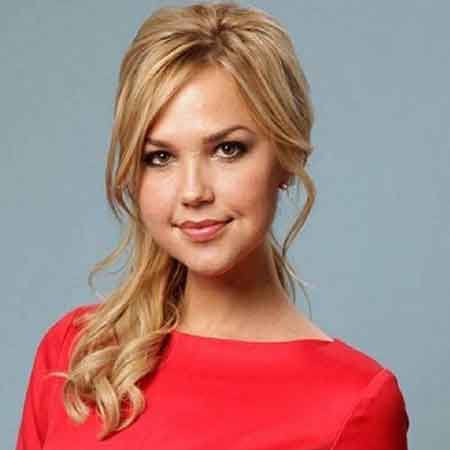 Arielle Kebbel is an American actress as well as a model better known for her role as Gia Matteo in the movie Fifty Shades Freed. Her other notable roles are in Vampire Diaries, Life Unexpected, Ballers etc.

Kebbell is currently in a relationship with a Businessperson Aaron Bay-Schuck. Moreover, she previously dated Brahman Turner and was further encountered with Kevin Connolly. Keep scrolling to know in details about Kebbel’s childhood, education, career, relationships, awards, marriage, children, net worth, affairs, divorce, salary, and properties.

Arielle Kebbel was born on 19th February 1985, in Winter Park, Florida, the United States as Arielle Caroline Kebbel. She is the daughter of Sheri Kebbel, a talent manager who owns a production company. Kebbel belongs to an American nationality and holds white ethnicity.

Kebbel grew up along with her brother Christian Kebbel and sister Julia Kebbel. Kebbel is the graduate of Crenshaw School in Winter Garden.

Before pursuing her acting career, Arielle Kebbel worked as a fulltime model and worked for several publications including Maxim, Lucky, Men’s Health etc. Kebbel was also a contestant at the 2002 Miss Florida Teen USA beauty pageant

Later Kebbel moved to Los Angeles to pursue her acting career. Kebbel made her acting debut through 2003 television series Gilmore Girls playing the role of Lindsay Anne Lister Forester until 2004. The same year, she further starred in  CSI: Crime Scene Investigation, Judging Amy and Law & Order: Special Victims Unit. She has further starred in other television series and tv shows including,

Since 2017, Kebbel currently plays the role of Olivia Charity in the television series Midnight, Texas.

Likewise, Kebbel made her movie debut through Soul Plane in 2004. Since then, Kebbel has starred in numerous movies such as,

Recently in 2018, Kebbel starred in the movie Fifty Shades Freed as Gia Matteo.

The 33 years old gorgeous actress Arielle Kebbel stands the height of 5 feet 8 inches i.e. 1.73 m. So far, Kebbel is not married but she is in a relationship with her long-term boyfriend Aaron Bay-Schuck. Aaron is a business person.

Kebbel and Aaron began dating back in 2012 and are still together. Although they are dating, the couple makes rare public appearances. Moreover, they haven’t mentioned their plans of getting engaged or married. They have maintained a peaceful relationship without facing any rumors of separation and other affairs.

Besides this, Kebbel further dated Brahman Turner from 2006 to 2007. Furthermore, Kebbel also had an encounter with Kevin Connolly in 2010.

Well known model, as well as actress Arielle Kebbel, is living a lavish and standard life. She has been actively working as a model and actress since long. From her multiple profession, Kebbel earns a decent amount of money.

Allocating information from several sources as of 2018 her current net worth is estimated to be around $3 million. Kebbel often hangs out and visits new places during her vacations with her friends.