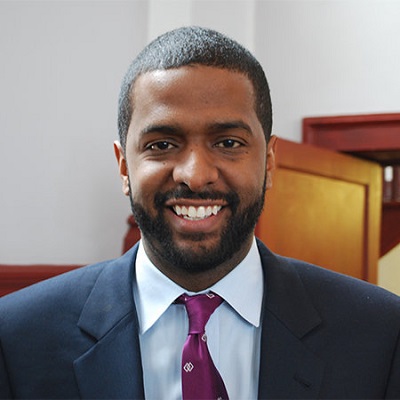 Bakari Sellers is an American politician and lawyer. He is well known for being the youngest member of the South Carolina General Assembly. Moreover, Sellers represented South Carolina’s 90th district in the lower house of the state legislature for eight years. Besides that, he is also an analyst on CNN.

Bakari got married to Ellen Rucker in 2015. His wife is a licensed doctor in Chiropractic medicine and the co-founder of the hair treatment product Rucker Roots.

Bakari T. Sellers was born on 18th September 1984, in the United States. He is the son of Cleveland Sellers and Gwen Sellers. His father was a civil rights activist and professor, whereas his mother is a housewife. Bakari Sellers grew up in Bamberg County, South Carolina along with his two siblings.

Bakari started his career as a lawyer for James Clyburn and then Atlanta Mayor Shirley Franklin. At the age of 22, he became the youngest member of the South Carolina General Assembly.

He is one of the youngest State Representatives and the youngest black elected official in the United States. Bakari had excellent leadership experience serving as the Democratic Leadership Council, and Obama for America. He is a member of the South Carolina Legislative Black Caucus since 2006.

Moreover, he has been an attorney with the Strom Law Firm, L.L.C. in Columbia, South Carolina since 2007. Apart from that, he is also an analyst on CNN. Initially, Bakari appeared at the annual AIPAC conference while working as a student body president at Morehouse College. Later, he became an outstanding African-American Zionist.

Moreover, Bakari listed on the Politico’s “50 politicos to watch”. Similarly, his name was on the list of HBCU Top 30 Under 30 in July 2014.

Tonight it was an honor to receive the AKA trailblazer award. I dedicated it to Tena Walker. A true servant leader, who is missed. pic.twitter.com/Da73frDxYM

Bakari got married to Ellen Rucker on 29th August 2015. His wife, Ellen Ruckey Sellers is a licensed doctor in Chiropractic medicine and the co-founder of the hair treatment product Rucker Roots. The couple met in the mid-2000s, and they both converted their love into marriage later.

She was so dear. At 85 she got to see a black POTUS get sworn in during her lifetime. Miss you Granny! pic.twitter.com/RJvoACbjp2

His wife, Ellen Rucker was previously married to NBA player, Vince Carter. He has a step-daughter, who lives with them. The couple celebrated their second anniversary on 29th August 2017, and he tweeted a sweet message with the picture of them:

Bakari earns an attractive amount of money from his political career. Besides that, he is also a well-known face on the CNN station where he receives a good sum of money as salary. Allocating information from several sources as of 2018 it is found out that Bakari Sellers current estimated net worth is around $1 million. He is living a happy life with his wife.