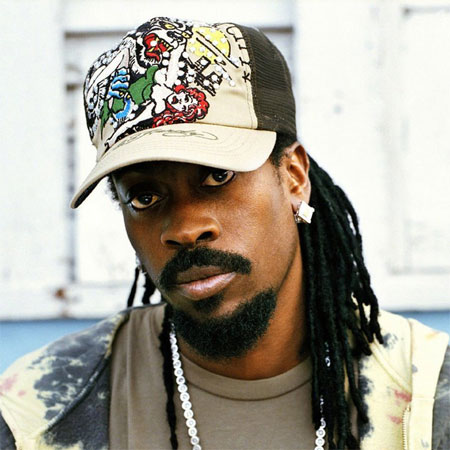 Beenie Man is one of the renowned artists, mainly known as the King of Dancehall. He is a Jamaican singer, songwriter, DJ, and record producer. Some of his best singles are Girls, Dude, and Bossman.

Currently, Beenie is in the relationship with television presenter, Krystal Tomlinson. He was married to Michelle Downer but divorce after six years of marital relationship. Beenie has two daughters with Michelle.

Anthony Moses Davis mainly recognized by the name, Beenie Man was born on 22nd August 1973, in Kingston, Jamaica, to Herbert Agustus Smith. He has a brother, Kirk Davis who is also a music artist.

Beenie started his music career at his tender age of five. He got encouraged by his uncle Sydney Knowles who used to play drums for the Jamaican musician, Jimmy Cliff. In 1981, he won the Tastee Talent Contest.

In the same year, he made single debut entitled, Too Fancy with a producer Henry Lawes. Following years, he linked up with Radio DJ Barry G who introduced Beenie to local sound system operators.

Right after that, he established his name as one of the youngest Jamaican DJ with the name of Beenie Man. Till date, he has 22 studio album to his name such as Art and Life, Many Moods of Moses, Back to Basics, Undisputed etc. He won the 2000 Grammy awards for Best Reggae album, Art and Life. Moreover, his songs have been ranked with 100 hits on the UK & US charts.

One of Beenie’s song has been criticised for urging the murder of the homosexual. For that incident, he got removed from the 2004 MTV Video Music Awards after gay rights activists protest him.

Later on, he apologized for the lyrics through his record company. Similarly, in 2006, veteran deejay Yellowman rebuked Beenie’s hit King of Dancehall, proclaiming himself King. Yellowman also stated

Reggae artist, Beenie is a married man. He married a beautiful woman, Michelle Downer on 22nd August 2006. She is better known by the name, D’ Angel.

The couple spent their time together nearly 6 years and got divorced. They have a son Marco Dean Davis from their relationship. Similarly, he has also two daughters Crystal, and Desha Davis from the relationship with a woman named, Karlie Smith which came to known after his daughter announced it on Mariah Carey’s show.

Currently, Beenie is in the relationship with television presenter, Krystal Tomlinson.

The couple seems to be spending the quality time together as they are often spotted in different events and places hanging out. The couple has not yet decided to get married and but seems to be waiting for the right time for marriage.

The multi-talented personality, Beenie collects a decent amount of money from his multi-professions. He got involved in music since his tender age of five. With a passion for being a musician, he worked with several personalities before making a career debut.

However, he rose to prominence after Jamaican Radio DJ, Barry G introduced to the local sound system operator.

Beenie also won the Grammy Awards for the Best Reggae Album, Art & Life in 2000. Allocating information from several sources as of 2018, it is found out that his current estimated net worth is around $3.5 million.