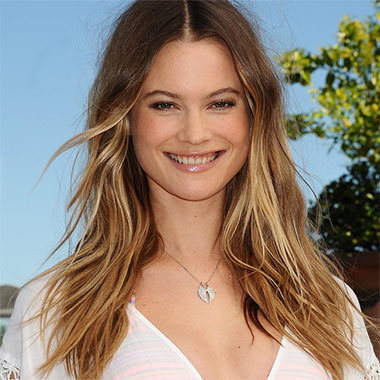 There are very few models from African country Namibia who has been able to achieve a height of success in international stage of modeling. Behati Prinsloo is such a name and pride of Namibia who has been able to become a Victoria’s Secret Angel in 2009. Having perfectly maintained body, fair skin, and attractive eyes, gorgeous personality Prinsloo has been working as the face of the Victoria’s Secret sub-brand Pink.

Talking about her early life and childhood days, Behati Prinsloo was born on May 16, 1989, in Grootfontein, South-West Africa which is known as Namibia, as a daughter to Boet and Magda. Boet is a church minister whereas Magda runs bread and breakfast. She grew up in Namibia speaking Afrikaans and completed her high school education from the local school where she was taught in English. Prinsloo went to South Africa during the holiday while she was just 16 years and that holiday turned out to be her point of success in life. During her visit in Cape Town, she was noticed by Sarah Doukas, Storm Model Management founder.

“The beach is definitely where I feel most at home. It’s my oxygen. I forget how much I need it sometimes when I’m away working.”

Behati Prinsloo's career in modeling began after she was discovered by Sarah Doukas. Since then she has made her appearance in various fashion shows for Chanel, Prada, Shiatzy Chen and Miu Miu. She has also walked in stages for Alexander McQueen, Lacoste, Zac Posen and Louis Vuittom. Similarly, she has made her appearance on the cover of various magazines such as The Daily Telegraph magazine, Vouge, Ellie Velvet, i-D magazine, and GQ. She also involved herself in various ad campaigns including Victoria’s secret, Adore, Chanel, H&M, Kurt Geiger and Stefanel. She has also made her appearances on commercials of Marc by Marc Jacobs, Seafolly, Nins Ricci and DKNY Jeans. Her other ad campaigns include Vogue Italia, Love Magazine, Vouge Japan, Interview Magazine and other many editorials.

Behati Prinsloo was ranked 12th on the Top Sexiest Models list of model.com. During summer 2012, she was announced as the face of swimwear brand Seafolly. She has also worked with Pepe Jeans as the face for Spring/Summer 2014. Besides modeling for various brands, she has also made her appearance in a music video by The Virgins. She also guests starred on Ha’awe Make Loa. She was aired on the annual Victoria’s Secret Fashion Show on December 4, 2012.

Talking about Behati Prinsloo's personal life, this hot and sexy model is currently married to Maroon 5 frontman Adam Levine with whom she tied the knot in 2014 after dating several years. Prinsloo has perfect body figure which is the main reason behind her success. Her photos in Binki which can be seen everywhere on the internet are quite hard to resist. This beautiful model has a height of 5’11’’ Being associated with the top class brand in fashion she has made net worth of $3million. To get hot and sexy photos of this highly rated model you can visit her official website and social networking profiles.