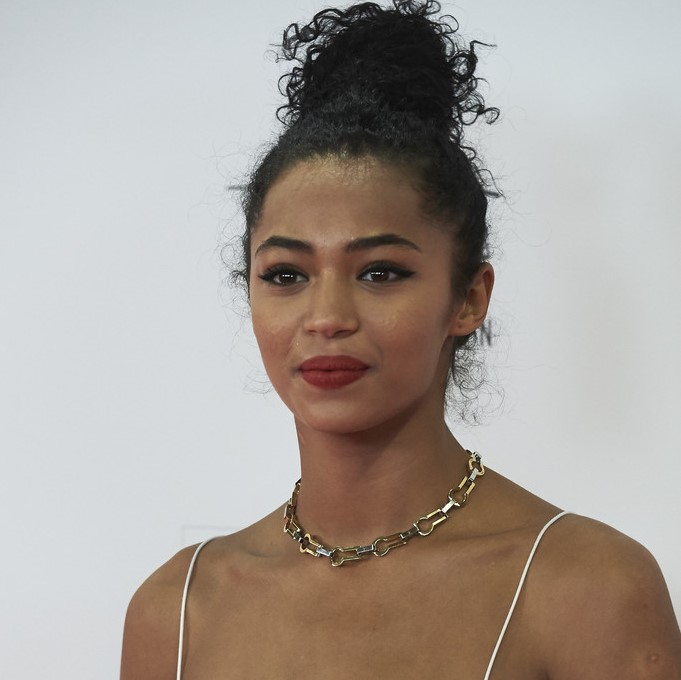 Berta Vazquez was in a relationship with Spanish actor Mario Casas in 2014. The couple met during the filming of the movie “Palmeras in the snow, “.

Berta Vazquez was born as Birtukan Tibebe on 28th March 1992, in Kiev, Ukraine. She is the daughter of the Ukrainian mother and Ethiopian father. At the age of three, she along with her family moved to Spain and began to live in Elche. During her early age, she was interested in the entertainment industry.

During her early age, Berta Vazquez was interested in the entertainment industry. She began her artistic training at age 13 with dance (classical ballet, hip hop, ballroom dancing and jazz) and soon after dared with music and interpretation.

After completing her artistic training, Berta Vazquez decided to try her luck in the music world in 2013. She started to sending her test video to enter the casting of the second edition of “La Voz” but failed to be one of the selected.

A year later, in 2014, Berta Vazquez made her first casting for the Spanish film “Palm trees in the snow,” which was based on the best seller of Luz Gabás.

Berta is chosen in the role of Bisila, a native woman from Equatorial Guinea very advanced for her time who will live a love story with Kilian, a role played by Mario Casas. As a result, she won the XXIV Union of Actors: Best Actress Revelation.

In 2015, Berta Vazquez got a role in the Spanish television series “Vis a vis,” the new prison series of Antena 3. Berta played the role of Estefanía Kabila “La Curzos,” a prisoner who faces a three-year sentence for robbery and injuries. It was almost one year and a half in the series. As a result, she won the best female interpreter awards.

Berta Vazquez is currently filming the romantic comedy “The Laws of Thermodynamics“. Mateo Gil serving as a director, where she gives life to Elena, alongside her cast members Vito Sanz, Chino Darin, and Vicky Luengo. Theatrical release is scheduled for June 2017.

She also will be part of the new series “The Accident” produced by Globomedia for 2017.

Paparazzi reported that she has stayed in the small apartment of 50 square meters that both rented in the Madrid neighborhood of Chamberí. The property, owned by missionary nuns, is occupied by 47 other neighbors, of all profiles: young students, elders, and families with children.

Moreover, the couple has lived together for more than two years. Throughout this time, they could be seen walking the streets of the capital, continuously caramelized. “They were not going without each other, always holding hands or holding each other.

As well as, there were constant signs of affection, “ABC told a source close to the couple. A few months after they located in the apartment, they determined to add two members to the family: the cats Mossi and Sofia, who after the break remain on the floor next to the actress.

The reasons for the separation have not yet been confirmed. Though, there is also speculated about a possible relationship of Mario with the Basque model Dalianah Arekion with whom stars in the Christmas campaign of a well-known clothing firm.

Although Mario has not echoed through the social networks of his friendship with the model, Dalianah has published numerous photos that reflect a great complicity between both during the days of recording advertisements.

Vazquez 5′ 6″ holds dual nationality Ukrainian and Spanish and belongs to black ethnicity. Similarly, Berta has a tremendous fan following on social networking sites where she has posted her seductive pictures.

Berta Vazquez won million heart through her act and most of her income source hails from her acting career. Allocating information from several sources as of 2018 it is found out that her current estimated net worth is around a million.