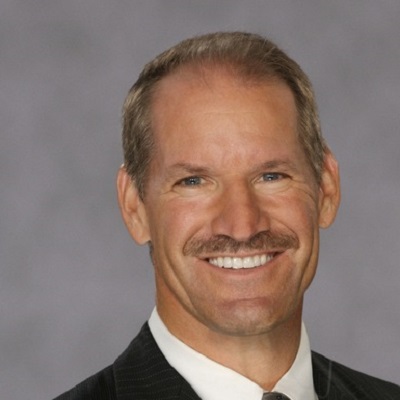 Bill Cowher is a former professional American NFL player and a head coach of the Pittsburgh Steelers. During his career as a head coach, Cowher led his team to Super Bowl twice, winning one. As of 2019, Bill Cowher works as a studio analyst for ‘The NFL Today’ on CBS Network.

Bill Cowher earns an impressive sum of money from his career and his net worth as of 2019 is $18 million. He was happily married to his late wife Kaye. Cowher along with his late wife has three beautiful daughters named Lindsay Cowher, Meagan Cowher, and Lauren Cowher. In 2014, Cowher married Veronica Stigeler, a singer.

What Is The Net worth Of Bill Cowher In 2019? Salary, Income, Endorsement

As of 2019, Former NFL head coach, Bill Cowher has an estimated net worth of $18 million. In addition, during his NFL career, Cowher was reportedly paid an annual salary of $4 million. With all the hard work and outstanding performance, Cowher deserves to have a good net worth and salary.

Post his retired coaching career, Cowher started working as an analyst for The NFL Today! As per some reports, the top reporters for NFL Network earns more than $1 million. Considering his experience and contributions in a Football career, Cowher might be paid more than $80,000 as an annual salary.

Moreover, Cowher also receives a decent amount of money from several fashion lines and brands as an endorsement. Cowher was on the cover of EA Sports’ 2006 video game as NFL Head Coach. He appears in TV advertising for Time Warner Cable. His likeness and voice were featured in Madden NFL 19 as the new coach of Houston Texans in the Longshot 2: Homecoming storyline.

As per reports, in August 2018, Cowher sold his 6,500-square-foot mansion that backs up to the Oaks at North Ridge Country Club for $1.845 million, after initially listing the home in April for nearly $2.4 million.

Who Is Bill Cowher Married To After The Death Of His First Wife? Married Life, Children, Relationships, Personal life

Bill Cowher had a very loving relationship with his late wife Kaye Cowher, whom he married in 1981. Kaye was a professional basketball player who played for New York Stars. The former couple has three children from their relationship, daughters named Lindsay Cowher, Meagan Cowher, and Lauren Cowher.

Their happy married life ended after the death of Kaye. She died of skin cancer at age 54 on 23rd July 2010. 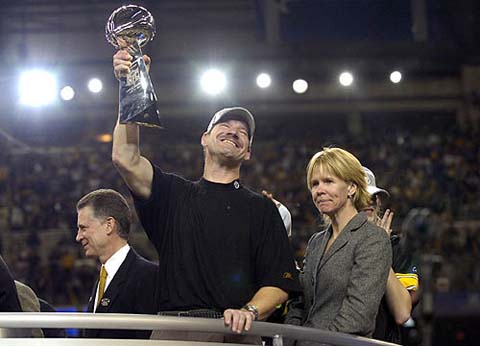 After the death of his first wife, devastated Bill Cowher found a new joy in his life. He met Venorica Stigeler in 2010. Venorica herself was going through a divorce at the time, however, after a few meetings, Bill and Venorica developed a strong bond. 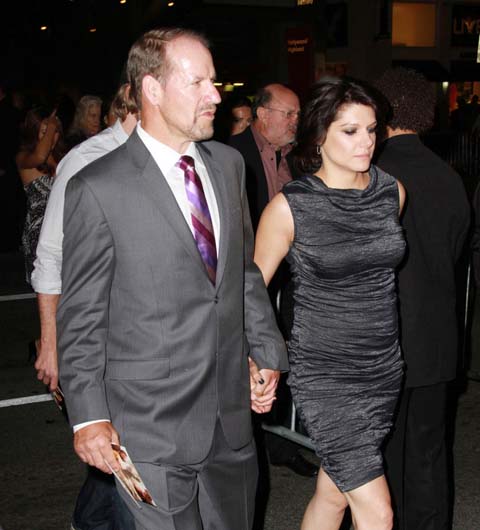 After dating for a while, they married in 2014. In addition, Venorica has a successful career as a rock musician. She is best recognized as her stage name called ‘Queen V‘. As of now, the couple is living a blissful life with their kids, with no signs of divorce and extramarital affairs.

Who Are The Daughters Of Bill Cowher?

Bill Cowher has three beautiful daughters from his first marriage with a late spouse, Kaye Cowher. It is quite fascinating that all three of them are excellent stand-out basketball players. 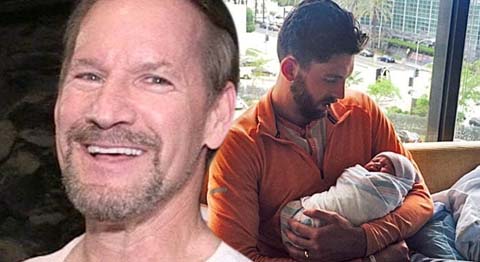 In May 2015, Bill became a grandfather for the first time when Lindsay (who is married to Lakers forward Ryan Kelly) gave birth to a son.

Many of us might not know that Bill Cowher raised another child named Charissa Thompson, besides his three daughters. Charissa is now a popular sportscaster working for Fox channel. It is quite fascinating that none of the online portals have specified Thompson as Bill Cowher’s daughter.

Stalking at Charissa Thompson’s social account, it was found that her real dad was named Scott. As per some sources, she was raised along with two other children.

Happy Father’s Day to a Bill Cowher impersonator .. My dad. I love you for being a great dad & football coach pic.twitter.com/LzWyFeiKJc

In an interview with Seattlenews.com, Charissa Thompson recalled:

“My parents were 23 and had three kids under the age of five. My mom was like, “I don’t care, just name her something.” So my dad is like, “Well I got this name: Charissa.”

When And Where Was Bill Cowher Born? Early life, Parents, Education

Cowher attended Carlynton School District for his early education. He started playing football during his school days. Besides this, he also played basketball and track. Cowher completed his graduation from  North Carolina State University in 1979 with a bachelor’s degree in education.

In 1979, Bill Cowher started his NFL career with Philadelphia Eagles as a linebacker. However, in the same year, he signed with the Cleveland Browns. He played three seasons for Browns and was able to be the member of the Kardiac Kids. After he again returned to Eagles he played 1983–1984 seasons. During his playing career, he was able to make a good impression on the coaches. 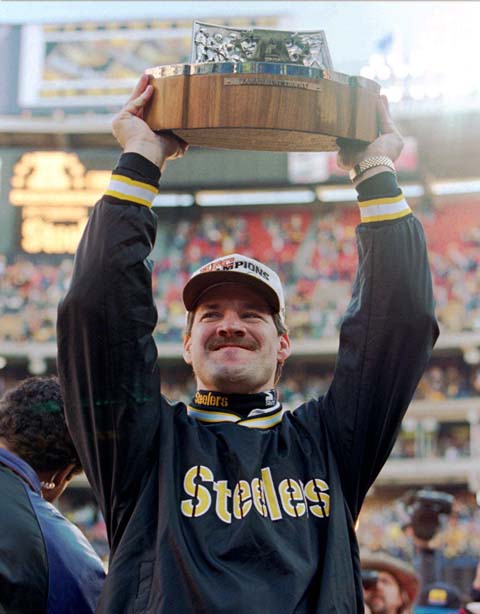 At the age of 28, Cowher started his coaching career with Cleveland Browns under  Marty Schottenheimer. During 1985–1986 season, he was the special team’s coach. Moreover, he also served as a secondary coach for Kansas City Chiefs during 1987–1988 seasons. On 21st January 1992, he became the 15th head coach of Steelers after he succeeded Chuck Noll.

After he became the head coach, there was a great improvement in his team’s game. For the first time, he helped his team to reach the Super Bowl. He was the first youngest coach to lead the team to the Super Bowl. 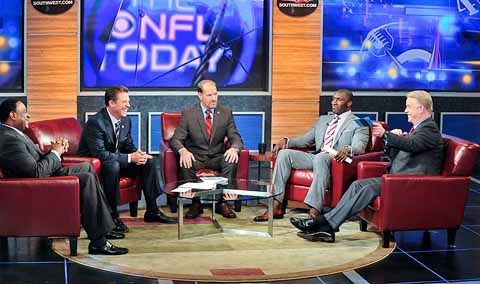 Moreover, he is the first youngest head coach to lead his team to the playoffs in each of his first six seasons. However, during his 15 seasons, his team was able to win 8 division titles as well as earned 10 postseason playoff berths.

You may like: American football coach and quarterback Kliff Kingsbury career

Cowher is only the second coach in NFL history to lead his team to the playoffs in each of his first six seasons as head coach, joining Pro Football Hall of Fame member Paul Brown. Cowher’s record as a head coach is 149–90–1 (161–99–1 including playoff games).

YouTube: That Time Bill Cowher’s Daughter Called Him Out for Calling a Bad Play | The Dan Patrick Show

On 5th February 2006, Steelers won Super Bowl XL for the first time by defeating  Seattle Seahawks. However, after the victory, he decided to resign from the club. On 5th January 2007, Cowher left the club. After his retirement, he started working at The NFL Today on CBS as an analyst.

Cowher has set an example for upcoming players and they can walk in his footsteps to get success. He is the perfect example of what a sportsman should be like.

Some of the facts of Bill Cowher are: