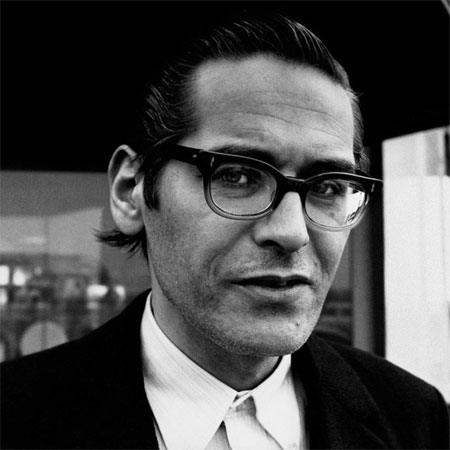 Bill Evans was an American jass pianist and composer, well-known for his jazz piano work on Miles Davis’s King’s of Blue.

Bill earned the huge sum of money during his career. His several albums were successfully hit which earned him wide recognition as well as a big sum of wealth. He used to earn $1 per hour at the age of 13 which turned him hundreds of dollars per hour after he rose to fame.

Bill met African-American woman, Peri Cousins in late 1950. He dated for several years and were deeply in love but unfortunately, the couple relation ended their relations after dating for a decade.

Later, he met Elaine, a waitress, with whom he dated for twelve years. The couple moved together in New York with Bill parents and started living together. In 1973, Elaine committed suicide.

As time passes, Bill’s interest in a new woman, Nanette Zazzara with whom he married in 1974. The couple welcomed their first child, Evan, and raised along with his step-daughter Maxine. Unfortunately, their marital relationship didn’t last long.

In 1979, Bill Evans met Laurie Verchomim, a Canadian waitress. The couple didn’t marry but their relationship lasts until Bill’s death though she was 28 years younger than him. Bill and Laurie didn’t welcome any child together.

Bill was born on 16th August 1929 in Plainfield, New Jersey. He was born to a father Harry and mother Mary Evans and grew up along with her siblings. His father’s habit of drinking, gambling, and abuse, often made his mother leave home along with her sons and stay at her sister house. Evans was interested in music from his childhood. He learned to play piano with the help of a local teacher at the age of 7. He also learned violin, flute, and piccolo along with his brother and played during his classes. At the age of 13, he began to perform for dances and weddings for $1 per hour. He studied classical music at Southeastern Louisiana University and enroll at the Mannes School of Music where he majored in composition and achieved Artist Diploma.

Evans started his career working with bandleader and theorist George Russell. He joined Sextet band in 1958 which was immersed in modal jazz and was the best-selling jazz album of all time. After a year, he left the band in order to begin his career as a leader with bassist Scott LaFaro and drummer Paul Motian.

Eventually, Bill recorded an innovative solo album Conversations with My self, using the unconventional technique of overdubbing over himself. He earned wide recognition and numerous successful albums including in trio, duo, and solo settings, like Bill Evans at the Montreux Jazz Festival, Alone, and The Bill Evans Album.

During his musical career, Bill has done several prestigious works such as Waltz for Debby. His dedication and devotion earned him honored with 31 Grammy nominations and several awards. He was also honored by Down Beat Jazz Hall of Fame.

With the raising of fame, Bill Evans became addicted to cocaine. He started with one gram per weekend and sooner several grams per day. His drug addiction caused him several health problems and was lying in bed for several days with stomach pains before death. On 15th September 1980, he died of a combination of peptic ulcer, cirrhosis, bronchial pneumonia, and untreated hepatitis, at the age of 51.