William Oliver “Billy” Campbell was born on July 7, 1959. His guardians separated when he was two. He went to Fork Union Military Academy and also in Western Albemarle High School.

During the shooting of 1991’s The Rocketeer, he started to date his co-star Jennifer Connelly, 11 years his younger than him. They were together for five years which was the real reason that Campbell searched out the part of Jordan Collier in the TV arrangement The 4400 in Vancouver, Canada. At the point when taping, he was attracted to Vancouver. About Vancouver, he said: “Vancouver is one of my most loved places on earth.

After he was featured in a scene of one of the most famous sitcoms of 1980s Family Ties, Campbell’s first conspicuous part was that of beau on Dynasty. Campbell was also a part of the crew in this show’s 5th season when Dynasty was the most obvious show on American TV. Taking after this, he did a standard part as Investigator Joey Intelli on NBC’s detective/ crime series Crime Story (1986). 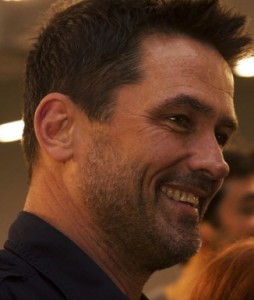 Campbell was the second decision of the makers of Star Trek: The Next Generation to assume the part of William Riker, yet Jonathan Frakes overtook the role him. In 1988, Campbell would show up in “The Outrageous Okona”. In 1991, Campbell assumed the lead part in the retro science fiction dream film The Rocketeer. He also portrayed the role of a vampire seeker in the movie Dracula (1992).

As of late, Campbell has regularly played miscreants. After his part in the film Enough in 2002, where he played the damaging spouse of Jennifer Lopez’s character, he depicted a serial executioner in the 2003 made-for-TV motion picture The Stranger Beside Me. He then played a school educator blamed for assaulting an understudy in a 2004 scene of Law & Order: Special Victims Unit, and furthermore played a charged serial executioner who protects himself in the TV drama Shark.

In 2010, he played in a repeating part in the brief restoration of Melrose Place. After this, Campbell took an unmistakable part in the AMC arrangement The Killing, an American redo of the Danish arrangement. In 2013, he starred as Abraham Lincoln adjustment of Bill O’Reilly and Martin Dugard’s book, “Killing Lincoln”, in National Geographic TV.

He has volunteered as a performer alongside the Young Storytellers Program.

In 1991, during the shooting of the film The Rocketeers, Billy was romantically involved with his co-actress Jennifer Connelly. After being together for about five years, the couple broke up in late 1996. They were not married during that time. Connelly is eleven years younger than Campbell.

Campbell seems to be very private about his personal life.