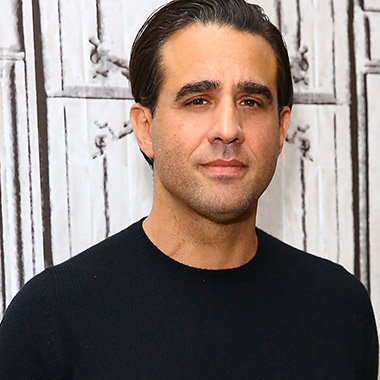 Robert “Bobby” Cannavale, often know as Bobby Cannavale represents himself as an American actor. Bobby has been working in the film industry since 1996 and has been able to show his presence in this industry. Born on May 3, 1970, Bobby gained name and fame for his role in the first two seasons of the Television series Third Watch, where he appeared in the role of Bobby Caffey. He also appeared in the recurring role Will & Grace, the NBC comedy series and portrayed the role of Gyp Rosetti on the third season of Boardwalk Empire, the HBO drama. For his role in Boardwalk Empire, he won Primetime Emmy Award under category Outstanding Supporting Actor in a Drama series.

Talking about his early life, Bobby Cannavale was born and grew up in the Union City of New Jersey. He was born to Italian father Isabel and Cuban mother Sal Cannavale. His mother moved to the USA from Cuba in 1960. He completed his high school education from St. Michael’s Catholic School as he belongs to Catholic. During his school days, he used to participate various competitions and was a member of the chorus. He appeared in the role of lisping boy, Winthrop in The Music Man under production of his school. He also made his appearance a gangster in Guys and Dolls. Cannavale’s mother moved to Puerto Rico after divorce with her husband. During that time Cannavale was just 13 years old. Struggling for two years in the United States they settled in Florida. Cannavale joined Coconut Greek High School and remained closer to New York so as to pursue his acting career. 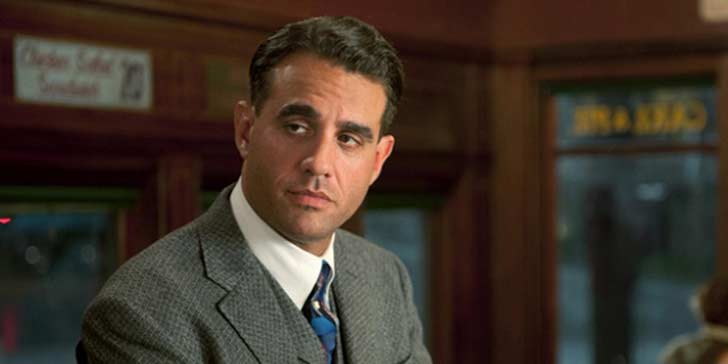 “Growing up, I wasn’t an athlete or anything like that. The only place I felt like I belonged was in the theater.”

Bobby Cannavale started to appear in the theater without any training which led him to the role in Night Falls on Manhattan in 1997 and also made his appearance in The Bone Collection in 1999. Cannavale started to gain popularity when he appeared as Boby Caffety in two seasons of Third Watch and also starred in 100 Centre Street. Coming to this far, Cannavale has made numerous appearances in big-budget Hollywood films such as I’m Not Rappaport (as the Parking Lot Customer), Gloria (as Jack) 3 A.M. (Jose), The Guru (as Randy), The station Agent (as Joe Oramas) and other much more. Similarly, his Television works include: When Trumpets Fade (as the Capt. Thomas Zdenek), 100 Centre (as Jeremiah “J.J” Jellinek), Kingpin (as Chato Cadena) and much more. For his role as Joe Oramas in The Station Agent, he has received a nomination in Phoenix Film Critics Society Awards for Best Cast and has also received some other nominations as well.

Digging his personal life, Bobby Cannavale married actress jenny Lumet in 1994 but their relationship ended in 2003. He has a son with Lumet and he made an appearance with his son actor Jake Cannavale in season four of Nurse Jackie. Cannavale has been dating actress Rose Byrne since 2012. Cannavale stands tall with a height of 6’2’’. Hard working and dedicated personality Cannavale has earned net worth of $8million.