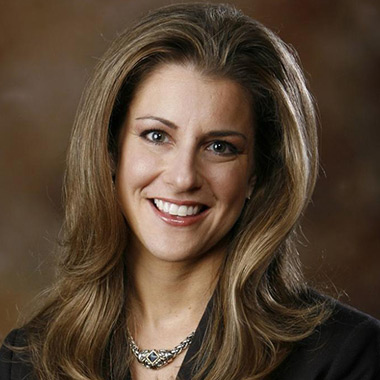 Bonnie Bernstein is a beautiful American sports journalist and executive. She is one of the most accomplished female sportscasters in history by American Sportscaster Association. She is the Content and Brand Development and Vice President of Campus Insiders. She also works as the freelancer for ESPN, DirecTV, The Dan Patrick Show and espnW. She also served as a guest commentator on several new networks which includes NBC, MSNBC and Fox News Channel.

“I could give a about North Carolina right now. I’ve got thirteen kids in that locker room that I love.”

She spent her three years of career in the local broadcast. She began her career at WXJN-FM radio as the news and sports director in Lewes, Delaware. She as the ABC affiliates weekend news anchor worked at WMDT-TV in Salisbury, Maryland. She became the first female weekday sports news anchor at KRNV-TV. In 1995 she joined ESPN as its Chicago Bureau Chief. She while working there covered Michael Jordan and Chicago Bulls record-setting championship run. She served as a correspondent for College GameDay and Sunday NFL Countdown. During the Major League Baseball and the NCAA Women’s Basketball Championship, she filed reports for SportsCenter. In 1989 as the lead sideline reporter she joined CBS Sports. She there reported for the NCAA Men’s Basketball Championship and also featured for The NFL Today. She served as the sideline reporter for NFL on CBS. Until 2003 she worked with Verne Lundquist and Dan Dierdorf crew. She later was promoted in the lead crew of Phil Simms and Jim Nantz.

In 2001 she signed CBS/Westwood One Radio. She has also covered a Sunday Game for Monday Night Football for radio. She was also involved in an incident with coach Roy Williams during the 2003 NCAA Men’s Basketball Championship. She also hosted NCAA Women’s Gymnastics championship and served for CBS SportsDesk as a studio host. She has hosted U.S. Open Tennis Championship. She left CBS in January 2006 and re-joined ESPN in July of the same year. She there worked as a field reporter on ESPN Sunday Night Baseball along with Joe Morgan and Jon Miller. She became SportsCenter anchor and co-host for The Michael Kay Show in New York in September 2009. During the 2009-10 NFL playoffs, she has hosted specialty programming. She became the vice president of Content and Brand Development for Campus Insiders in April 2013. She is the only female host who has hosted award-winning radio and TV program The Dan Patrick Show. She also appeared on NBC, FOX News Channel and MSNBC as a guest commentator. She also appeared as a post-game reporter on What Are We Talkin’ About?.