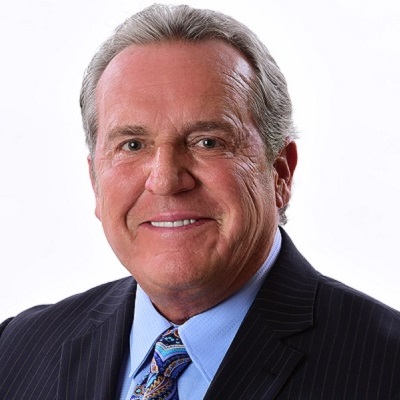 Brad Nessler is a professional American sportscaster for CBS. He calls out college football as well as the college basketball for CBS network. In the starting of his career, he did the play-by-play duties and, he also worked for ESPN, ABC and other networks.

Brad Nessler is blessed with a happily married life. He is married to his beloved Nancy Nessler for a long time. This couple has a child but they haven’t mentioned the name of their child.

In the starting of his professional career, Nessler did play-by-play radio duties for Georgia Tech basketball on WGST-AM. He worked for just a year from 1980 to 1981. However, from 1982 to 1988, he did the play-by-play for the Atlanta Falcons.

Well, he also worked for the Miami Dolphins for several years. Besides this, Nessler also did the football telecast as well as play-by-play for Jefferson-Pilot.

Nesseler also worked for the CBS Sports from 1990-1991. During his work at CBS, he called NFL games, college football, as well as college basketball. In 1992, he started working for the ESPN and ABC Sports.

There he covered the college basketball games, and also Big Ten. Furthermore, he also covered Thursday night football contests. In 1997, he started calling the college football. Well, during that time he was considered as the #3 play-by-play man after Keith Jackson and Brent Musburger.

From 2002 to 2004, he worked as a broadcaster for NBA. Well, since 2006 Nessler is working as play-by-play for SEC games on Super Tuesday as well as on Thursday Night Showcase. However, from the 2006-2008 season, he was  #1 Saturday afternoon play-by-play man.

On 31st May 2016, CBS announced that Nessler will join their network to cover the SEC college football games of 2017. He is hired in the place of  Verne Lundquist. Nessler will be working along with Gary Danielson and Allie LaForce. Moreover, he will also work as play-by-play for college basketball along with Bill Raftery.

Brad Nessler is blessed with a happily married life. He is married to his beloved Nancy Nessler for a long time. This couple has a child but they haven’t mentioned the name of their child. Brad is equally maintaining his professional as well as family life. Although being such a famous person, he there is very few information about his personal life.

Brad mostly stays away from the social media and keeps his personal information out of reach the people. Besides this, there are no any records of his other relationships. Moreover, there are no any rumors of his divorce. Nessler belongs to an American nationality and falls under white ethnic group.

Allocating information from several sources as of 2018 it is found out that Brad Nessler current estimated net worth is around $1.5 million which is totally worth. And his annual salary is around $300 thousand.