Bridget Regan is an American actress, who is widely recognized for portraying as Rebecca Lowe/Rachel Turner in television series Legend of the Seeker and White Collar. Having active in this entertainment industry since 1999, she has appeared in several Films and TV series. Regarding her personal life, she is living a blissful life with her husband and children.

Born as Bridget Catherine Regan on February 3, 1982, in San Diego, California, U.S. She is the daughter of Jim Regan and Mary Catherine (Hagedorn). Her father is of Irish descent and her mother belongs to German ancestry.

Regarding her education, she studied at San Dieguito Academy High School in Encinitas, California. Then, she graduated with Bachelor of Fine Arts from North Carolina School of the Arts.

Bridget Regan started her career appearing in a lot of musical theater such as Sweet Bird of Youth ( 1999), Children and Art (2005) and The Scottish Play (2005). Regan appeared in various television shows and films since 2006.

Her breakthrough role came when she portrayed the character of ‘Kahlan Amnell’ in the series Legend of the Seeker in 2006. Similarly, she was cast in the lead role of television series The Frontier in 2012.

From 2013–14, Bridget portrayed the recurring role for the fifth season of USA Network crime drama White Collar where she played as ‘Rebecca Lowe/Rachel Turner’. At the same year, she made her appearance as an ‘Alex Salter’ for the TV series “Beauty & the Beast“. In 2014, Regan was cast in a recurring role in “Jane the Virgin“, as Rose. Moreover, she appeared in the film “John Wick” playing as the character Addy.

Bridget Regan was cast in the recurring role for 2015 television series “Agent Carter” where she played Dottie Underwood. Besides that, Bridget was cast in the 2016 drama series “The Last Ship” for which she portrayed the main role as ‘Sasha Cooper.

Bridget Regan is a happily married woman. She and her husband Eamon O’Sullivan are married for a long time. Her husband Eamon is an assistant director. The two first met each other in New Zealand when she was filming the television show Legend of the Seeker“.

Since then, the two began to date each other. After dating around a year the two got married and their wedding date was on 15 August 2010. As a loving spouse, the couple welcomed their first child a daughter named Frankie Jean, who was born on December 27, 2010. 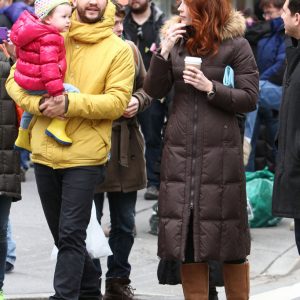 Bridget Regan with her family
Source:zimbio.com

Furthermore, she was once rumored to be dating Australian actor, Craig Horner. The rumors began to buzz when the friendship between them got huge public attention. Also, the rumors began to circulate about their divorce news, however, later the rumors turned out to be false as she is still married to her husband, Eamon O’Sullivan. 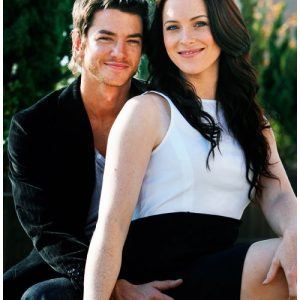 Bridget Regan is one of the successful actresses in the entertainment industry. She earns her salary from her acting and endorsement deals. As of 2017, her estimated net worth has $ 2 Million.