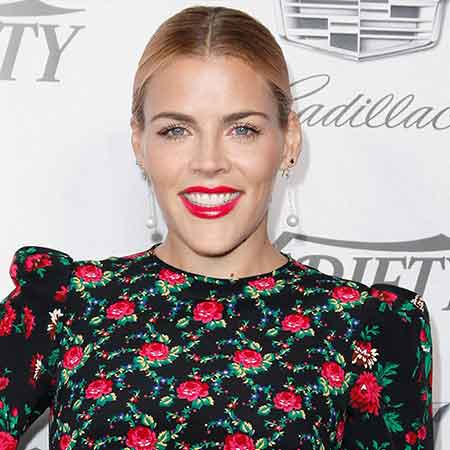 Busy Philipps an American actress, writer, producer, and director better known for her role in the series Freaks and Geeks. Philipps is married to Marc Silverstein and has two children from her marital relationship.

Busy Philipps was born on 25th June 1979, in Oak Park, Illinois, United States. Her parents are father Joseph Philipps and mother Barbara Philipps. Philipps was given the nickname as Busy by her parents because she was always moving while she was an infant.

Philipps grew up along with her sister Leigh Ann Philipps.  She belongs to an American nationality. Philipps attended the Chaparral High School in Scottsdale, Arizona. Moreover, she also attended the Loyola Marymount University.

Busy Philipps made her acting debut through the series Saving Graces playing the role of Mindy. Philipps gained a wide fame for her portrayal role of Kim Kelly in the series Freaks and Geeks. Philipps starred in Drunk History along with Bob Odenkirk and Michael Cera.

Likewise, Philipps made her movie debut through The Smokers in 2000. Since then, she starred in numbers of movies including White Chicks, Made of Honor, A Case of You etc.

In 2008, Philipps and her spouse Marc welcomed their first child, a daughter Birdie Leigh Silverstein. Similarly, the couple welcomed their second child daughter Cricket Pearl Silverstein in 2013. The husband and wife are still together since their wedding.

The pair is successfully maintaining their profession as well as family. So far, there are no any rumors of their divorce and other extra-marital affairs. Philipps often shares adorable photos of her husband and kids on her Instagram.

On the other hand, Philipps previously dated Colin Hanks during her college days. The couple began dating in 1997, but failed to continue their relationship and separated in 2000.

Philips is living a luxurious life with her spouse and kids. She often shares adorable photos on her Instagram flaunting expensive gadgets and dresses.