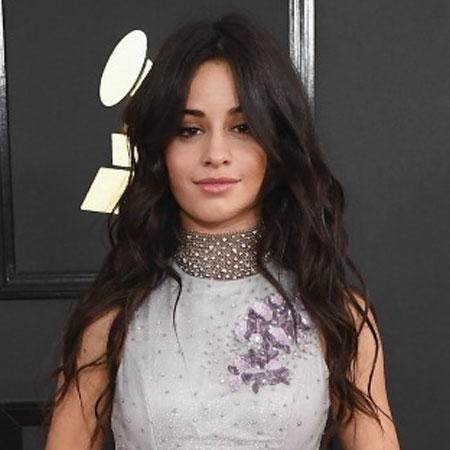 Camila Cabello is an MTV Europe Music Award-winning Cuban-American singer and songwriter. She is famous as a member of the girl group called Fifth Harmony from 2012 to 2016.

Cabello released various solo albums and associated with Fifth Harmony. Additionally, Camila is also an active philanthropist, who works with Save the Children and other groups.

Karla Camila Cabello Estrabao was born on 3rd March 1997 in Havana, Cuba. Her mother, Sinuhe Cabello is a Cuban whereas her father Alejandro Cabello is a Mexican. She has one younger sister. As a child, Camila Cabello’s family shuttled between Havana and Mexico.

Later, her parents got a divorce due to their discussions in the financial capability. She then moved to Mexico Camila with her mother at the age of five. Camila Cabello enrolled at Miami Palmetto High School in 2012 but while she in 9th grade she left to pursue her career in singing.

Camila Cabello came to attention when she auditioned as a solo act for The X-Factor in Greensboro, California in 2012. But didn’t make it far in the competition. She then returned to The X Factor Bootcamp together with four other female contestants, who were also eliminated.

In 2015, their debut studio album, Reflection reached #5 in the US, #8 in Canada and New Zealand, and #9 in Spain. Moreover, Fifth Harmony’s single Worth It was certified Platinum and reached #12 in the US and #3 in the UK. But, on 18th December 2016, Fifth Harmony confirmed rumors that Camila Cabello had officially left the band to pursue a solo career.

Their song Worth It:

Camila Cabello released her solo debut single, I Know What You Did Last Summer, which was collaborated with Shawn Mendes. In 25th January 2017, she worked with Norwegian DJ Cashmere Cat and released their song Love Incredible. Her upcoming album Camila is officially expected to be released in 2018.

Apart from that, Camila is an active philanthropist. She works with Save the Children and other groups. Her involved in helping young women, people with AIDS and more. Besides that, Cabello appeared in episodes of the TV series Faking It and Barbie: Life in the Dreamhouse.

Here are the five facts about her: Hits Berry;

Camila Cabello’s current relationship status is single. But in the past, her name was linked with other stars like Shawn Mendes and Austin Mahone. However, she never had long relationships with them.

Cabello and Austin’s relationship were only for two weeks and broke-up. Camila and Shawn Mendes began to date each other in August 2014. However, they parted after their two years and 7-month relationship.

Apart from that, Camila Cabello also faced a controversy when she did a racial slur on her old Twitter feed in 2012. But, not only this she again came to the attention with her another controversial act when she re-tweeted some questionable content on the same account (Summer 2012).

Camila Cabello makes most of her earnings from her career as a singer and songwriter. Additionally, she also adds from endorsement and sponsorship contracts. Her net worth significantly grew from the days she was a contestant on The X Factor, through her Harmonizing days, and now as a solo artist.

In 2012, her net worth was only $500,000. In just a short music career of six years, her wealth is grown by $6 million and will increase more in coming days. Allocating information from several sources as of 2018 it is found out that Camila Cabello current estimated net worth is around $8 million.