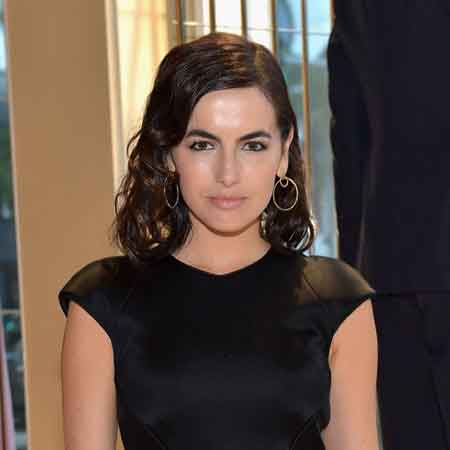 An American actress, Camila Belle is known for her portrayal of Sydney Miller in Rip Girls and Lizzy Buscana in Back to the Secret Garden. Likewise, her other notable roles include The Ballad of Jack and Rose, When a Stranger Calls, 10,000 BC, etc.

Camilla Belle was born on 2nd October 1986, in Los Angeles, California, the United States and was raised in a Catholic household. She is the daughter of Cristina Gould, a Brazilian fashion designer and Jack Wesley Routh who owns a construction company and was a composer of country music. Belle grew up speaking Portuguese.

Belle attended the Catolica Elementary School of Sao Paul and later attended  Marlborough School. She used to spend her vacations in Santos, Brazil with her mother during her childhood. So that, Belle adopted many Brazilian habits.

Likewise, she made her professional movie debut through 1995 movie A Little Princess. Then she made her small roles in movies including The Lost World: Jurassic Park, The Invisible Circus, The Patriot etc. Her breakthrough came after she portrayed the role of Elizabeth “Lizzy” Buscana in Back to the Secret Garden for which Belle was nominated for Gotham Awards.

Moreover, Belle’s other notable roles include Sydney Miller in 2000 television series Rip Girls and Lizzie Buscana in 2001 series Back to the Secret Garden. For her role in Rip Girls, Belle was nominated for Young Artist Award. Belle last starred in the movie The Mad Whale as Isabel Wallace.

We can see Camilla Belle’s successful love life on the screen but she has failed several times in her real life. Belle is not married yet and is currently single. However, she has dated several stars in past. In 2006, Belle was romantically linked with an English actor, Tom Sturridge.

But they were reportedly separated in 2008. Although the couple spent their time together for two years, none of them admitted about their relationship. After that, Belle dated Joe Jonas in 2008. But Belle failed in her relationship this time too and separated with Joe in 2009.

Likewise, she further dated Topher Grace in 2010. They were spotted together several times but their love life didn’t last long as they separated within the same year. Besides this, Belle was also rumored to be in a relationship with Chad Michael Murray, Robert Pattinson, and Tim Tebow.

Since long, Camilla Belle is still active in the field of acting and has starred in numerous movies and television series to date. From her acting career, Belle has earned a good sum of money and she currently has the net worth of $2.5 million.