Cara Buono is a popular screenwriter, director, and actress. She is mainly known for her role, Dr. Faye Miller on the hit AMC series, Mad Men. She is also notable for her role in the series Stranger Things.

The beautiful actress is married to a founder of Ethos Water, Peter Thum. The husband and wife have a daughter from their relationship.

Cara was born on March 1, 1974, in The Bronx, New York to a blue-collar family. Likewise, she rose up along with her two brothers and a sister. Regarding her nationality, Cara is American and is of Italian descent. 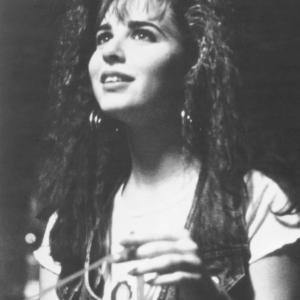 Cara has an interest in acting since her tender age. She first completed her primary education from the Fiorello H. LaGuardia High School. After that, she joined the Columbia University where she took major in English and political science. Since after her graduation, she then made her acting debut in Harvey Fierstein's play called Spook House.

Following her passion, the beautiful actress Buono then made an onscreen appearance. Her first onscreen role was Joanna in the television series, Dream Street. Much of her work has been in Indie films such as Next Stop Wonderland, Chutney Popcorn, Happy Accidents and so on.

Besides acting, she has also produced, directed and written films. Some of them are short film Baggage, When the Cat's Away, etc. As of now, Cara has appeared in numbers of films and television series such as

Currently, Cara portrays a role as Karen Wheeler in the television series, Stranger Things and has appeared in the series, The Blacklist: Redemption. Apart from acting, she has also appeared in the video games, Mafia.

Youtube: Cara Buono talks about her role in the series, Stranger Things.

Aged 43 beautiful American actress, Cara is a married woman. She got married to his boyfriend, Peter Thum who is a founder of Ethos Water.

The husband and wife have a daughter from their relationship. The couple is very close to one-another. They give equal time to their career as well as to their love life. Similarly, they are often spotted in several places hanging out.

As of now, the couple has not bruited to extra affairs. Neither, there has been any serious conflict between them which would lead to divorce. Currently, the pair resides in New York City's Greenwich Village and are living a lavish life.

Gorgeous American, Buono has collected decent money from her acting career. As of 2017, her net worth is under review but according to several sources, it is believed at around million dollars.