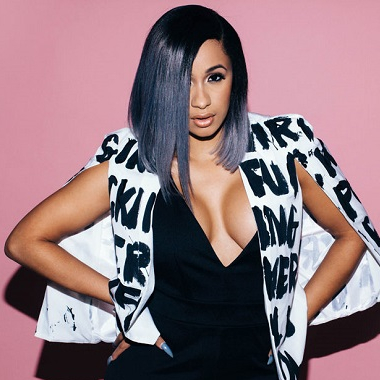 Cardi B is a comedian, host, actress, video vixen and musician. She is famous for being featured on the VH1 reality television series Love & Hip Hop New York.

She was born Belcalis Almanzar on October 11, 1992,  in The Bronx, New York. She grew up along with her younger sister, Hennessy Carolina in the Bronx area. Both of her parents were born in the Caribbean and moved to New York before she was born. Cardi went to college but she dropped out and started stripping at 18 years old.

During her conversation with DJ Vlad, Cardi B revealed, she felt pressured to fight and be a bad kid in order to fit in with the cool kids in school. Additionally, Cardi said that her teachers always reminded of her potential to be anything she wanted to be, but the Love & Hip Hop star added that she got caught up with the fast crowd.

Before known as  internet sensation Cardi B, she worked at a supermarket ‘Amish Market’ in New York City. During this time, she was going through a challenging transition. She felt overwhelmed by the little amount of money that she was making.

Her mother kicked her out of the house and her boyfriend was beginning to reject her and cast her off. Her boyfriend’s  sister steals her marijuana, some of her money.

She decided that earning $200/week was not enough for her to pay all of her expenses and decided to give stripping a chance. The manager of the supermarket knew the manager who operated the strip club just across the street from the market.  Belcalis disapproved being naked at first and thought that people had sex at strip clubs, but her manager explained to her how the business works. She made more in a day than she did in a week of work at the supermarket.

When she visited her mother after being a stripper. Her mother threw her down the stairs, and the beef started again. While she was continuing as a stripper, she began utilising Instagram as a way to post content that many consider comically abrasive. 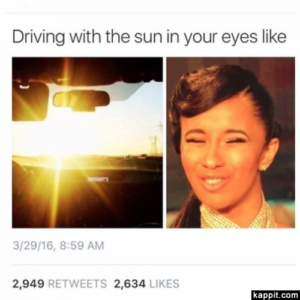 She would often post videos and photos to talk about relationships, men’s and women’s ideology in regards to love life, dating, and promiscuity among women. She received a lot of followers which also came with negative comments that Cardi would of course promptly respond back. One of the reasons she started stripping, among many others, was to avoid domestic violence.

After years of developing a reputation as a dancer and a personality among the stripper community and social media, the producers of Love & Hip Hop: New York made contact with her. At first, she told them that she would consider it as she wasn’t hopeful that it would help her in any way and was weary that the show would ruin her reputation. In the end, she became a part of the cast and her popularity has risen since. 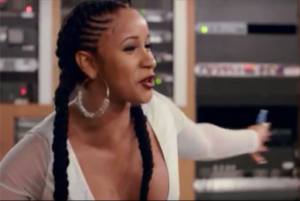 Before becoming part of the cast of Love & Hip Hop: New York, one of the ways in which her Instagram blew up was when Bobby Shmurda re-posted one her posts on his account. She became a sensation shared throughout the Tumblr and Twitter community. Later on, she went to share a clip in which she says the following: “People be asking me, ‘What do you does?… Are you a model? Are you, like, a comedian or something?’ Nah, I ain’t none of that.

After the show’s success and becoming a sought after individual throughout 2016, she was able to quit after her birthday on October 11th, 2016. She released a Hip-hop mixtape, Gangsta Bitch Music Vol. 1, and her singles Foreva, Washpoppin, Cheaps Ass Weave, On Fleek, Bronx Season. In 2017, she released her new album’s title GBMV2. She also appeared in the music video “ Chapi Chapi” by Farruko featuring Messah.

She appeared a role on BET’s hit drama, Being Mary Jane, and will also work on Uncommon Sense with Charlamagne.

Her boyfriend’s name is Tommy, often featured on the VH1 reality series. The Harlem, NY-native is currently serving a four-year prison sentence on gun charges. Since her recent fame, she has not been able to find the time to visit him.

She still sends money for him and hopes to fall in love with the right man and have kids. Although she doesn’t believe in the idea of marriage. She sees famous men as “Corny”, and prefers her man in prison.Although she had problems with her mother, they have since rekindled their relationship along with the rest of her family.

Belcalis considers herself a smart person despite the animosity she receives from the online community about her intelligence. Cardi B’s rambunctious spirit and brave tongue garnered instant online popularity, rapidly and consistently increasing her fanbase. Cardi’s net worth has $790,000 in 2017, doing a lot of concerts to increase her total wealth.