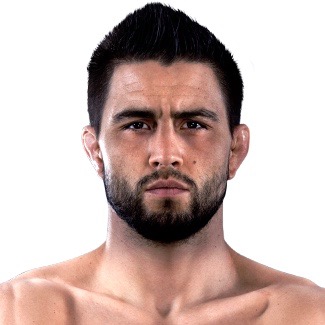 Carlos Joseph Condit is a famous mixed martial artist who is better recognized for his incredible talents of knockout and submission. Likewise, he rose to fame after winning a UFC Interim Welterweight and WEC Welterweight Champion. Currently, he works in the Welterweight division of the Ultimate Fighting Championship.

Carlos Condit was born on April 26, 1984, in Albuquerque, New Mexico, the United States. He is a son of Brian Condit, father, and Camille Prevost, mother. Likewise, regarding his nationality and ethnicity, he is a white American.

Carlos started wrestling since his early age of nine and continued his passion throughout his high school. He attended Cibola High School on Albuquerque’s West Side. During that time, he learned Gaidojutso with an American MMA trainer Greg Jackson.

Diligent Carlos began his professional fighting career at the age of 18 in 2002. In that respect, he fought several matches with many all-star fighters. His submission move rear-naked choke became famous during that time. He gained an immense appreciation from his admirers after he defeated a professional fighter named John Alessio at WEC 26. Before WEC merged into UFC, Carlos set a record of a 5-0.

Carlos has fought several matches and also won several titles. As of now, at MMA he has won 30 games out of 40 which he won 15 games by knockouts, 13 games by submission, and two games by decision. Besides MMA, he has also won 3 kickboxing games and one professional boxing.

Furthermore, he has also won several awards. Some of his awards are listed below.

Rumble on the Rock

Carlos Condit is a married man. He married to his beautiful girlfriend, Seager Marie McCullah in December 2010. The couple first dated several years before tieing the knot. They welcomed their first child, a son, in March 2010 and they kept his name, Owen Condit.

Currently, the couple is living a happy life together and besides their relationship, they have not involved in any other love affairs. The duo seems focused on their professions. However, they both provide equal time to their work as well as to their relationship which has made their bond even more stronger.

Carlos Net worth and other facts

The talented and hardworking, Carlos stands a height of 6 feet 1 inch which is approximately 1.85m. His weight is around 77 kg. He is a black belt in Gaidojutsu and brown belt in Brazilian Jiu-Jitsu.

Talking about his earnings, Carlos makes a huge amount of money from his fighting career. As of 2017, his net worth is estimated at around $500 thousands.