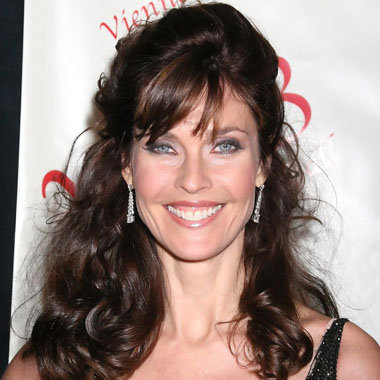 Carol Alt is a gorgeous American model and actress. Carol was born on December 1, 1960, in Flushing, Queens, New York to a model as well as an airline employee, Muriel and a fire chief, Anthony Alt. Her birth name is Carol Ann Alt. At the age of 18, she decided to give modeling a try. She did modeling to save money for her college. Alt belongs to German, Irish and Belgian descent.

In 1986, she gave her first big break in modeling. She was featured on the cover of Harper’s Bazaar magazine. Since 1982, she began to gain publicity as she was featured on the cover of the Sports Illustrated Swimsuit Issue. During the 1980s, she appeared on over 500 magazine covers. She became one of the most famous models of her era. She was also featured as The Face by Life Magazine. When she was popular, she became the face of ad campaigns for Noxzema, General Motors, Cover Girl Cosmetics, Diet Pepsi and other numerous campaigns. She was the first model to produce her own calendars as well as posters.

Since 1986, she started to appear in a variety of films, many of them were Italian productions. In 2004, she starred in a Canadian film, Snakehead Terror. She then played as Karen Oldham in the television adaption of Peter Benchley’s Amazon. She also played in a few minor television roles which include a voice role in an episode of King of the Hill and one episode of Wings.

Carol took a number of model/spokesman projects which includes becoming a consultant with the Le Mirador skin-care line. She also appeared on late-night TV infomercials. She also has written two books, in which she promoted her own raw food diet plans. In 2004 and 2008 she became the cover girl for traveler magazines. She also appeared on the cover and in a nude pictorial in Playboy’s December 2008 issue.  Askmen.com ranked her in 5th place of Top 10 Models Of All Time. She was behind Kathy Ireland, Christie Brinkley, Gisele Bundchen, and Cindy Crawford.

Carol starred in Italian TV series Caterina e le sue figure 2. She also appeared in the TV movie, Piper. In 2009, she took part in the Italian version of Dancing with the Stars. In 2008, she founded a skin-care and beauty product line, Raw Essentials with her partner Philip Masiello and Steven Krane. She joined the Fox News team in September 2013. She started hosting a TV show, A Healthy You & Carol Alt.

In 2006, she was honored at the German-American Steuben Parade as Grand Marshal in New York City. Thousands of fans greeted her alongside Fifth Avenue. She was also a contestant on the show The Celebrity Apprentice with Donald Trump. She competed on the show for her charity, the Tony Alt Memorial Foundation. She ended up in third place. She raised a total of $40000 for her charity.

Married to an Athlete

Alt happily got married to player Ron Greschner in 1983. The couple, unfortunately, got divorced in 1996. She then had a long-term relationship with Alexei Yashin.