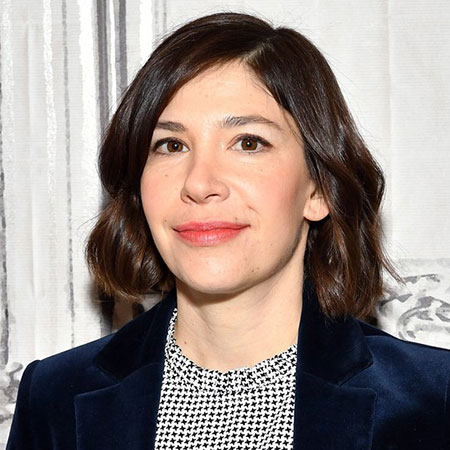 Carrie Brownstein is an American musician, actress, writer, director, and comedian who rose to prominence as a member of the band, Excuse 17, before the formation of the rock band, Sleater-Kinney. Brownstein also wrote and appeared in a series of comedy sketches, Portlandia.

In 2006, Brownstein was the only woman to be a part in the top 25 list of American monthly magazine, Rolling Stone as the Most Underrated Guitarist of All-Time.

As a multi-tasking artist, Brownstein has reportedly amassed a net worth of $3 million from her career.

Brownstein first stepped into the music revolution as a guitarist as well as vocalist and has released eight albums till now. Moreover, she had her hit album called Dig Me Out in 1997 and One Beat in 2002. Being a musician, Brown and her team have earned quite an amount from their tours and concerts which has also assisted her to gather this number of net worth.

Despite being a proficient musician, she also works as an actress who has featured in several movies and TV series. One of the movies that Brownstein had portrayed is Carol, released in 2015. The film was prepared on a budget of $11.8 million and made $42.9 million on the box office collection.

Carrie was born to a Jewish family where her father used to work as a corporate lawyer and mother was a teacher. However, being raised by a single father after the divorce of Carrie’s parents, her father took all the responsibilities of the child.

Carrie’s once talked about her father, who was later diagnosed with cancer. As mentioned, her father struggles with homosexuality and reportedly about to marry the same gender and for that, Carrie was proud. She also has a younger sister named Stacey Brownstein. However, the identity of Carrie’s parents hasn’t been revealed yet.

Carrie’s mother suffered from the eating disorder called Anorexia which results in losing her strength.

Talking about sexual orientation, during an interview, Brownstein identified herself as a bisexual. She was romantically involved in a relationship with her bandmate, Corin Tucker at the beginning of Sleater-Kinney. 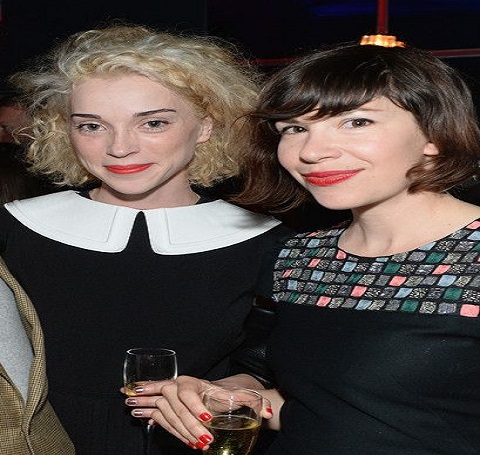 CAPTION: Annie and Carrie attending the event together
SOURCE: www.pinterest.com

Brownstein has also been interconnected with a musician, Annie Clark, also known as St. Vincent. She is an American singer who had associated with the rock band, The Polyphonic Spree as well as a songwriter and record producer. Further, she has been also romantically linked with an actress Taylor Schilling and a comedian Abbi Jacobson.

In addition, there is not any news regarding her marriage, children, and boyfriend.

Carrie Rachel Brownstein was born on September 27, 1974, in Seattle, Washington. As per her nationality, she is American and belongs to the Jewish Ethnicity. Further, her star sign is Libra. She grew up along with her younger sister, Stacey Brownstein.

After completing her high school, Brownstein enrolled to the Western Washington University before transferring to The Evergreen State College where she earned her bachelor degree in sociolinguistics.

Brownstein began showing interest in music at a very tender age and started playing the guitar by 15. While attending college, Brownstein met some fellow students with whom she formed her first band Excuse 17.

After splitting from Excuse 17, Sleater-Kinney was formed in 1994 by Corin Tucker and Carrie Brownstein along with drummer Janet Weiss. They first recorded their self-titled album in early 1994 during a trip to Australia. Brownstein was the only woman to earn a spot in the Rolling Stone readers’ list of the 25 “Most Underrated Guitarists of All-Time” in 2006.

Later on, Brownstein pursued her career as a writer and debuted for The Believer magazine where she interviewed various actors and musicians like Eddie Vedder, Mary Lynn Rajskub, Karen O, and Cheryl Hines. On October 27, 2015, She wrote her own memoir, Hunger Makes Me A Modern Girl, which was released by Riverhead Books, an imprint of Penguin Books USA.

Afterwards, Brownstein started her career in acting and debut in a short film, Getting Stronger Every Day in 2001. Since then, she has been featuring in several movies and TV Series such as Portlandia, Saturday Night Live, and many more. Brownstein has also played along with Jake Lacy in the movie Carol starring Cate Blanchett.