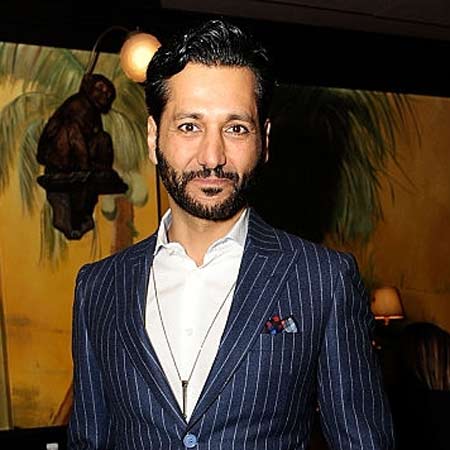 Cas Anvar is a Canadian actor who also works as a voice actor and writer. He earned fame for his role Dr. Singh in the TV series, The Tournament. Besides his acting in the TV series, he has acted in several movies and voiced in Internet video roles plus video games roles too.

As per the sources, Cas Anvar relationship status is single and not dating anyone. But, he has dated few girlfriends in his past.

Cas Anvar was born in the city of Regina, Saskatchewan to Iranian parents although he spent most of his childhood in the city of Montreal, Quebec. He is fluent in speaking English, French, Persian, Arabic, Urdu, and Spanish.

From the same city, he did his higher education from McGill University from where he earned his degree in psychology. Later, he learned acting course from National Theater School and began working as an Artistic director and founder of the Repercussion Theater company.

This talented actor, Can Anvar made his acting debut from Canadian English drama movie, Seducing Maarya, in 2000. It is one of the directed, produced and written movie of Hunt Hoe that starred Nandana Sen, Mohan Agashe, and Vijay Mehta. Next, he starred in biographical crime drama movie, Shattered Glass.

The year 2005 turned to be one his successful year as he made his lead role in the Canadian TV series, The Tournament which earned his name and fame in the TV cinema world. They have done over 17 episodes that aired on CBC TV that tell the story about the community minor hockey team.

After the success of the TV series, he got an opportunity to get cast in the TV series like Lost, Neverland, The Expanse, and Olympus. Lastly, he was seen in the horror drama TV series, The Strain where he played a recurring role of Sanjay Desai.

Apart from acting, he has given his voice in the International video role Sentek in American fan-created web series, Star Trek Continues and for several other roles in Assassin’s Creed: Revelations, Call of Duty: Black Ops II and Halo 4.

Cas Anvar personal love life is quite a mystery because he has never revealed his affair, rumor and dating life in social media. Looks like, he doesn’t want to keep his love life far away from mass and media.

Though he keeps his personal life behind the curtains he can no longer be far away from mass and median. He probably is dating someone secretly, who knows, he might be a married man and proud father of a baby boy.

Cas earns a good sum of money in his career. Allocating information from several sources as of 2018, it is found out that Cas Anvar current estimated net worth is around $65 million from his profession. There is no doubt that he loves a lavish lifestyle with his family.

He has his own private car and enjoys spending time in his car. Multi-millionaire also owns an expensive mansion and live a lavish life.