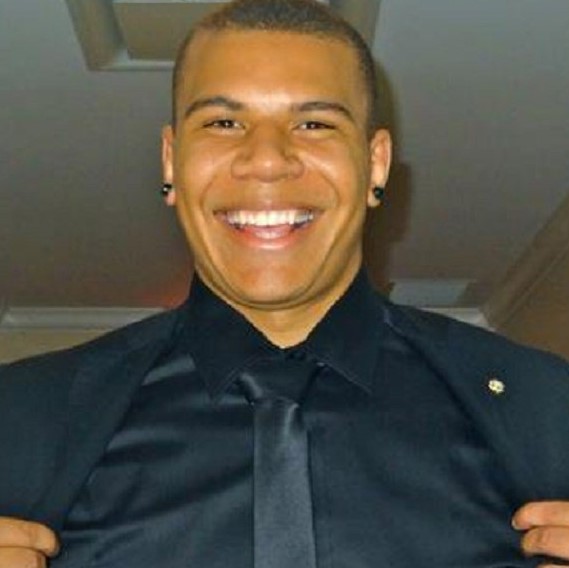 Charles Raynor is a comedian and rapper, who is well known for his Pranks, parodies, covers, and challenges on YouTube. Likewise, he has owns a YouTube channel named “WolfieEnt”. By 2017 he boasts the impressive number of followers, which is more than 6 million.

Charles Raynor was born on June 15, 1993, in Ottawa, Canada. He is better known by his name Wolfieraps. He is the son of Chris and Mandy Raynor. Charles Raynor’s father is an orthopedic surgeon, and his mother works in the Fitness business.

His father used to appear in his videos always wearing a mask. Later in 2016, his face was revealed as he loses a challenge facing his wife. He has an older brother named Zach and a younger sister, Quintessa. His sister, Quintessa is a dancer and a budding rapper whereas Zach a.k.a ‘Roary’ is a lead singer in a Band called ‘The Lionyls’.

Charles’ sister once bought a homeless cat and named it Wolf. This name turned out quite catchy, so Charles handled it for his YouTube. Charles Raynor attended the Ottowa Carleton University and graduated with a degree in Business Marketing from there.

At the age of 13, Charles started his YouTube activity. Wolfie began a channel called ‘Thosechoobz’ before he went to college, making videos just for fun and not for monetary purposes.

His early videos on YouTube were mostly raps and remixes which he made out of original tracks by others. He created his channel, ‘WolfieEnt’ in August 2013.

Charles Raynor’s first popular work was the remix of Drake’s popular song, ‘Versace’. He became a full-time YouTuber, maintaining and producing more videos for his channel in 2016.

Charles has created six Youtube channels in a row. The first one is called ThoseChoobz. And the last and his current one are called WolfieEnt. Other channels like ‘Terribadz’, ‘TheSquids’, ‘DemHoodNiggs’, ‘CeeRayzTV’.

His parodies and reaction videos are posted on his main channel, ‘Wolfie Raps’ while his blogs can be found in his other channel ‘More Wolfie’.

In his Youtube channel ‘WolfieEnt’ he has covered famous artists like Justin Bieber, Chris Brown, Miley Cyrus Kid Ink, and many others. Currently, Wolfieraps is among the fastest growing YouTuber and is in the top 50 holding the 27th position. Currently, he has over 3 million subscribers and has gained 473,381 subscribers in last 30 days with an average of over 15 thousand subscribers per day.

Wolfieraps is amongst the YouTubers who rapidly caught up with fame overnight and is keeping up his pace. Besides Youtube, Wolfieraps can be followed and contacted on his Twitter, Instagram and in Snapchat under the username ‘charlehwarleh.’

Wolfieraps is unmarried till date but he is currently dating, Sylvia Gani. She is a fashion vlogger, who posts videos related to beauty, lifestyle, and fashion. She has a youtube channel by her real name and has over a million subscribers.

The couple has been dating since January 18th, 2014. the two first met when his fraternity in his college threw a party with Sylvia’s sorority. He can be seen in many of the videos of Sylvia that makes as a helper, and many of her videos also relate to the relationship between boyfriend and girlfriend.

In a Q&A video with Sylvia, Wolfie declared that he wanted at least two kids of his own and the couple agreed to name one ‘Xavier. They also revealed a lot more about their intimate relationship and various facts regarding their personal lives.

Charles Raynor’s popularity is growing since his first video was published. Just at the age of 24, he has been making good money and sure to accumulate huge wealth by the time he is a fully mature man.

His estimated net worth has $1.4 Million. That money arises primarily from his YouTube i.e. from advertisements and sponsored content.