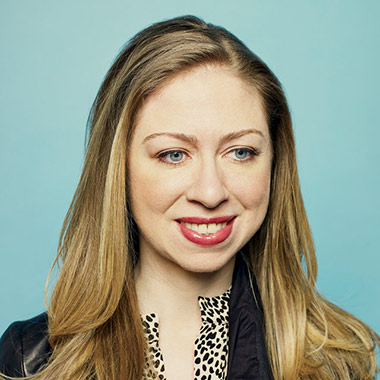 Chelsea Victoria Clinton was born on February 27, 1980, in Little Rock, Arkansas, USA. She is the only child of former United States President Bill Clinton and the United States Secretary of State Hillary Clinton. She was also the first Grandchild for her grandparents. During this time her father was a Governor and she studied in public school until Bill Clinton became President. After that, the family moved to Washington D.C. and she attended a private school named Sidwell Friends School where she was out of media coverage. Her parents put very much effort into her not becoming a media topic. She went to multiple public schools like Forest park elementary school, Horace Mann Junior High School, and Booker Arts and Science Magnet Elementary School which are all located in Little Rock.

After coming to Washington and attending private school Bill Clinton faced many criticisms for this decision because other children of former presidents have attended public Schools. Her parents did not let media to coverage of her until she becomes 13. Clinton undergraduate from Stanford University and Graduated from Oxford University and Columbia University. She also did Doctor of Philosophy from University of oxford in 2014.

In 2003, she was working for Mckinsey & Company and in 2006 went to work for Avenue Capital Group. She was also co-chairperson for Clinton Foundation and later become Vice chairwomen for the same foundation. She serves as one of the boards of director for IAC and School of American Ballet. Clinton was hired by NBC as a special correspondent for 3 months and she host the show for NBC nightly news and Rock Center with Brian Williams. She earned $600,000 from NBC. Her net worth is $15 million but she says she doesn’t care about the money.

CAMPAIGN FOR HER MOTHER

In 2007, she started campaign supporting her mother for presidential nomination across the country mainly on education center. But during the campaign, she didn’t talk to the press and only answer the questions of audiences. No press was allowed to approach Chelsea. Any press that approach Chelsea would ask about her illicit relation with his secretary Monika Lewinsky but she would tell them “It’s none of your business”. After that, she has done a various campaign of fundraisings and also considered as a professional campaigner.

In 2010, she marries her longtime boyfriend banker Marc Mezvinsky in Rhinebeck, New York who is also the son of former member of Congress Marjorie Mezvinsky and Edward Mezvinsky. He was grown up in Jewish tradition. They were engaged since 2009 around Thanksgiving. After their marriage, they lived in New York for three years and moved to Manhattan after buying a condominium for $10.5 million. The couple is blessed with a daughter named Charlotte Clinton Mezvinsky on September 2014.