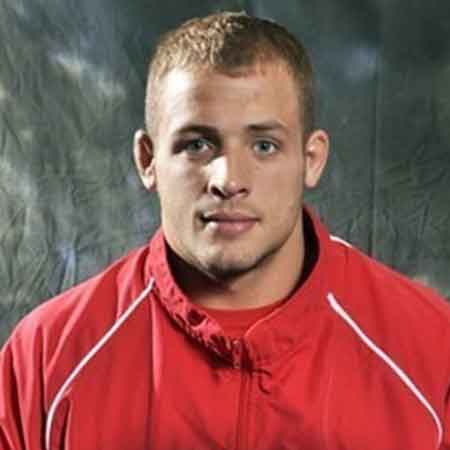 An American mixed martial artist, Chris Honeycutt currently competes in Bellator’s Middleweight division. Honeycutt began wrestling at the age of four. On 26th January 2013, he made his professional MMA debut from the UPC Unlimited – Up & Comers 14: The Experience.

Chris Honeycutt was born on 25th July 1988, in Brook Park, Ohio, United States. He belongs to an American nationality and holds white ethnicity. However, Honeycutt hasn’t revealed any information about his parents and siblings.

At the age of four, Honeycutt began wrestling. Honeycutt attended the North Andover High School in Massachusetts and after two years, he transferred to St. Edward High School in Ohio. During his school days, he learned boxing, martial art, and Tae Kwon Do. Honeycutt completed his graduation from the  Edinboro University.

Honeycutt was a member of 2006 Junior National team. During his university days, Honeycutt became two-time NCAA Division I All-American.

Soon after completing his studies, Honeycutt began his MMA career and made his professional debut on 26th January 2013, at UPC Unlimited. In his debut fight, he defeated Jesse Torres via first-round TKO.

Likewise, Honeycutt back to back won three other fights against Richard Blake, Manny Murillo, and Jake Gallagher.

On 19th September 2014, Honeycutt made his Bellator debut at Bellator 125. He faced Ultimate Fighter 12 contestant Aaron Wilkinson in his debut fight and won it via TKO.  Similarly, Honeycutt won the fight over Clayton MacFarlane.

However, he lost the fight against Paul Bradley at  Bellator 148. After that, Honeycutt won regular four fights and his last fight was at  Bellator 189 which he lost against Rafael Lovato Jr.

One of the prominent MMA fighter Chris Honeycutt is a married man. He is married to his beloved girlfriend Lauren Marie. However, the couple hasn’t mentioned the exact date of their wedding.

Although the couple is already married, they do not have any kids yet. Furthermore, none of them have mentioned any plans of having kids. The couple is happily enjoying their married life and often shares photos of each other on Instagram.

Besides this, there are no any rumors of their divorce and extramarital affairs. Moreover, Honeycutt hasn’t dated any other girls in past.

Chris Honeycutt is living a lavish life with his wife. His main source of income is through MMA and till date, he has won several championships. His total earnings yet disclosed is $55,000 and his current estimated net worth is around $2 million.