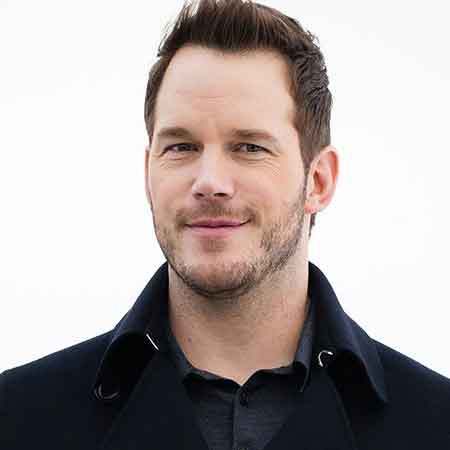 Chris Pratt is an American actor better known for his role as Andy Dwyer in the NBC sitcom Parks and Recreation. Pratt was previously married to Anna Faris but the pair ended their relationship with a divorce.

Pratt grew up along with his sibling, brother Cully Pratt, and sister Angie Pratt. At the age of three, Pratt moved to Lake Stevens, Washington along with his family and lived there. His nationality is American. In 1997, Pratt graduated from the Lake Stevens High School.

Chris Pratt made his acting debut through the 2000 movie Cursed Part 3 playing the role of Devon. In 2014, Pratt portrayed the role of Peter Quill / Star-Lord in the movie Guardians of the Galaxy. Moreover, he further starred alongside Jake Johnson and Nick Robinson.

Furthermore, his first television role was in 2001 movie The Huntress. Since then, Pratt has starred in numbers of television series including Everwood, The O.C. Mom etc.

Chris Pratt as previously married to his long-term girlfriend Anna Faris but their relationship ended up with a divorce. Pratt met his wife Anna on the set of Take Me Home Tonight, in 2007 which they played the character of love interest.

After dating for a year, the pair got engaged in late 2008. Moreover, Pratt and his wife Anna exchanged their vows on 9th July 2009. Their wedding was a secret which was held in Bali, Indonesia. The pair married by eloping on a whim after a friend’s wedding.

In August 2012, Pratt and his partner, Anna welcomed their first child, a son Jack Pratt. But the things didn’t go well in between the couple so, on 6th August 2017, the duo announced their separation. And on 1st December 2017, they filed for a divorce.

Currently, Pratt is in a relationship with his girlfriend Katherine Schwarzenegger who is an American author. Pratt and Katherine began dating in June 2018 and is going strong in their relationship. Moreover, Pratt further dated Emily VanCamp from 2004 to 2006.

Allocating information from several sources as of 2018 it is found out that Chris Pratt current estimated net worth is around $30 Million. Pratt starring movie 2015‘s “Jurassic World,” earned a total of $1.7 billion at the global box office. So far, Pratt has starred in numerous movies and television series. Pratt is living a lavish and luxurious life.