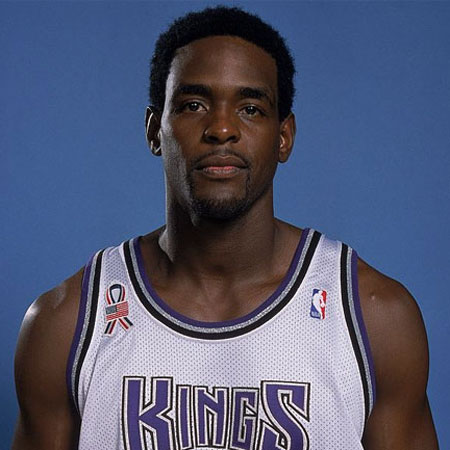 Besides, he was also former University of Michigan star and leader of the infamous team, Fab Five. Talented Chris is married to a beautiful woman, Erika Dates. The husband and wife are blessed with two children.

Mayce Edward Christopher Webber III was born on 1st March 1973, in Detroit, Michigan. He is the son of father Mayce Webber Jr. and mother Doris Webber. He has a brother, David Webber who is also a basketball player.

Chris started his basketball career form Detroit Country Day School. During that time, he led the team to MHSAA State championships thrice and named as 1990-1991 National High School’s player of the year. In addition, he was named as MVP for McDonald’s and Dapper Dan All-Star games.

In college, Chris was renowned as one of the members of Michigan Wolverine’s Fab Five. During his two years stint, Webber was selected as the first-team All-American and became a finalist for the John R. Wooden Award. He was accused of perjury and banned from connection with the Michigan program until 2013 due to the scandal that occurred while he was with the team.

Webber was chosen first overall pick by Orlando Magic during the 1993 NBA Draft. However, he was instantly traded to Golden State Warriors, in exchange for Anfernee Hardaway. Later, he played for Washington Bullets, Sacramento Kings, Philadelphia 76ers, and Detroit Pistons subsequently.

15 years after his first stint with the Warriors, Webber returned to the team and announced his retirement on 25th March 2008 due to the problems of his repaired knee. After retirement, he became an analyst for NBA TV’s NBA Gametime Live.

Chris Webber is married to Erika Dates since 2009. The couple met in 2007 and dated for approximately two years before tieing the knot. Their marriage ceremony was held at Chris’s home in Atlanta where his closest friend and family were only invited.

Chris and his then-girlfriend Erika are blessed with twins. The couple seems very happy together as they often share their pictures on social media such as Instagram and Twitter along with their children.

Instagram: Chris and his wife Erika with their children

The pair has been together for approximately 8 years and still together. They have maintained their relationship very strong. The couple supports each other in their professions as well as day to day life. There is no any rumors or sign of their divorce till now.

As a retired professional basketball player, Chris Webber has collected a huge amount of money. In 1995, he signed a contract with Washington Bullets with $58,500,000 for three years. After playing three years for Washington Bullets, he joined Sacramento Kings where he received averaged a salary of $10,000,000 per season.

Chris played seven seasons for Kings and the following year he played for Philadelphia 76ers, Detroit Pistons, and Golden State Warriors. Previously, he used to own a huge mansion in Malibu but in 2014, he sold it for $3.485 million.

Apart from his professions, Chris has equally involved in charity works. He created The Timeout Foundation in 1993 whose main theme is to provide educational and recreational opportunities to youth. Besides, he has also released hip-hop songs Nas: “Blunt Ashes” and “Surviving the Times“.

Allocating information from several sources as of 2018, it is found out that Chris Webber current estimated net worth is around $143 million.