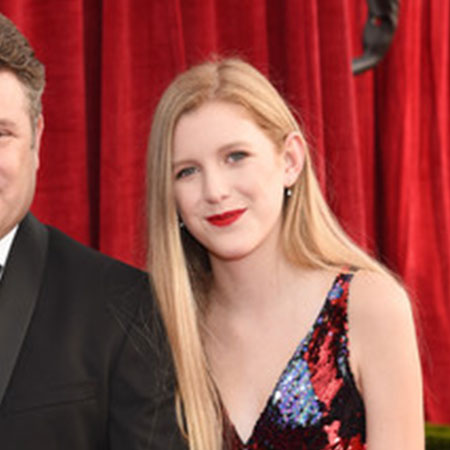 Christine Harrell is an American producer, former model as well as a vice president and CFO of Lava Entertainment. She is also widely known as a wife of Sean Astin, an American actor, voice actor, director, and producer.

At the age of 17, Christine Harrell earned a title of Miss Indiana Teen U.S.A in 1984. Harrell is married to a famous multi-artist, Sean Astin. From their relationship, Harrell and her spouse Sean are blessed with three children.

An Academy Award-nominated producer, Christine is earning a tremendous sum of money from her career. However, the exact figure of the net worth of Harrell is still under review. Analyzing the successful career of Harrell, her net worth is sure to be in six digits.

Being involved in the profession since an early age, Harrell probably has amassed an appreciable amount. Besides, her husband, Sean Astin is doing well in the same sector and has successfully amassed a net worth around $20 million.

In addition, Christine also serves as a president of the production company, Lava entertainment which is also one of her income sources. Thus, Harrell is relishing the combined net worth collected by herself and her spouse.

Harrell and her husband Sean are currently residing in a million dollar house covering 4,061 square feet area in Beverly, California. The couple owns a sports car, Toyota Mirai worth around $58,365.

Christine Harrell married her husband Sean Astin on 11th July 1992. The pair are married for more than 26 years and are still together. Sean was 19 and Christine was 21 years when they met each other and eventually started dating.

After staying in a relationship for one year, they decided to take their relationship to the next level and finally got married. They exchanged their wedding vows in the private ceremony in front of their friends and family.

You May Also Be Interested In: Cash Warren Biography, Career, Net Worth, Personal Life

As of now, the lovebirds are living a blissful life with their kids with no news and rumors of their separation and divorce. Furthermore, the couple is free of controversies.

Christine Harrell was born as Christine Louise Harrell on 12th September 1967, in Indiana, the USA to father, Frank Harrell, and mother, Nancy Miller. Her father used to work as a firefighter. As per her nationality, she is American and belongs to White ethnicity. Further, her star sign is Virgo.

Talking about her academic qualification, she graduated with a B.A. in History & a B.A. in English American Literature and Culture from the University of California, Los Angeles.

After earning the title of Miss Teen Indiana, Christine later continued her carer in modeling. Succeeding in the modeling field, she then started a career in the film and television industry.

Apart from her acting career, Harrell also produced a short movie, Kangaroo Court which has a good IMDB rating of 8.1 out of 10. Her production was also nominated for Academy Awards and Oscar.