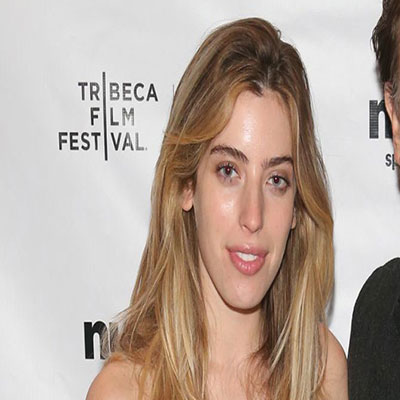 Recently came to controversy from posing nude for the Playboy magazine, Clara McGregor, daughter of the famous actor, Ewan McGregor is a model, an actress, and a photographer.

Clara is also known for her role in the movie, Groove. She has recently posed for the Playboy magazine. She was previously in a relationship with then-boyfriend, Gordon Goodman. The couple met at a disco where Gordon was a part-time DJ. To know her current relationship status and all about her personal and professional life, keep scrolling.

Born on February 4th, 1996 in England, Clara had a silver spoon in her mouth. With father Ewan McGregor and mother Eve Mavrakis, needless to say, that Clara spent her childhood in luxury that others dream of. Clara’s mother is a French production designer.

Clara grew up in England and later moved to LA with her parents when she was 12. She did her middle and high school from LA. She has four younger sisters named Anouk, Esther and Jamyan McGregor.

Stubborn to pursue an acting career in the show industry, Clara got enrolled into the New York University, New York. She is doing a Cinema Studies major and Business of Entertainment minor.

Clara was interested in photography since her early age. In 2014, she launched her own photography website named claramcgregorphotography.com where she states,

“Ever since I can remember I have found myself seeing the potential for an image all around me. With my photographs, I strive to explore the human body in different realms using lighting to create depth and texture and emotion to each image.”

Along with her website where she posted various images of her father, Clara also had her Instagram where due to her uncanny and striking content she was picking up followers at a fast rate.

Fabled by Clara’s outrageously gorgeous looks, she was approached by the Wilhelmina Models in December 2016. She was then featured by the Fay brand with Levi Dylan.

McGregor debuted at the New York’s fashion week in February 2017. Clara starred for her friend’s band’s music video, the Post Nobles. She can also be seen in the movie Groove, which she directed herself.

Clara was put in the spotlight after she posted her playboy modeling pictures on her Instagram. The pictures were very suggestive and wanting in nature. Her rawness beauty was perfectly captured in the pictures.

Clara says that she was a tomboy as a kid and also was very practical. She liked to run around and play, she also used to climb trees. As she got older her fashion sense got more mature. Her favorite color is black and likes to dress in so.

She says that her parents are very supportive of her career and has helped her excel at it.

Clara was seen frequently with her former boyfriend, Gordon Goodman. But sadly the couple announced their break up in October 2017 stating ‘It just was no longer working and we weren’t on the same page. It was the right choice.’

Gordon and Clara had met each other at a disco where Gordon was a part-time DJ while Clara was studying at the New York University.

Clara’s personal life hit another detour after her father Ewan and mother Eve announced their divorce. She was very morose and was seen posting several nostalgic pictures of her parents’ on her social media pages.

Born to the star war’s hero, Ewan McGregor, whose net worth is around $45 million dollar, Clara never seems to be in lack of finances.

Her several modeling contracts, movies plus her photography website is a lavish source of income. Her Instagram suggests that she is doing pretty well for herself. She has a much-unrestrained lifestyle. She drives a ‘06 Honda Civic hybrid which cost around $10,000 USD.