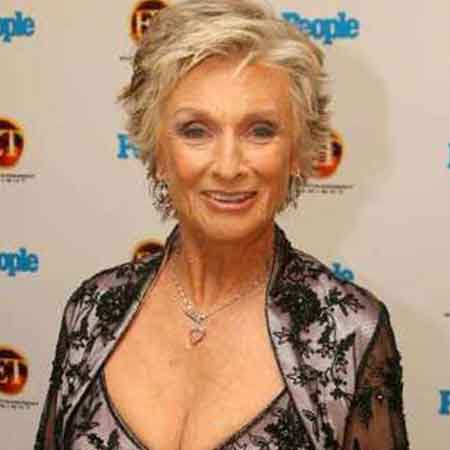 Cloris Leachman is an American actress and comedian, widely perceived for playing the role of neighbor Phyllis Lindstrom on The Mary Tyler Moore Show. Besides, she is one of the actresses to win eight Primetime Emmy Awards, a Daytime Emmy Award, and an Academy Award.

Cloris Leachman married to Hollywood impresario, George Englund. They had five children from their relationship, a daughter, Dianah Englund and four sons, Bryan, Morgan, Adam, George Englund Jr. However, the couple’s son Bryan died while he was at the age of 30. Let’s know detail about his personal life as well as career, early life, net worth and much more. Stay tuned!!!

Cloris Leachman was born on April 30, 1926, in Des Moines, Lowa, to Berkeley Claiborne Leachman, father, and Cloris Wallace, mother. She was eldest of three sisters. Her middle sister Claiborne Cary was an actress and singer. Cloris holds an American nationality and is of white ethnicity.

The gorgeous and diligent actress attended the Illinois State University after completing her elementary education in drama. Afterward, she studied at the Northwestern University and was a member of Gamma Phi Beta, an international sorority. Additionally, she also competed in Miss America in 1946.

The hardworking and talented actress, Cloris began her acting career in late 40’s in the film, Carnegie Hall portraying a role of Dancing Nightclub Patron. After two years of her big screen debut, she then made an appearance in the television, Hold It Please.

Some of her other onscreen works include The Chapman Report, WUSA, The People Next Door, Dillinger, Death Sentence, Yesterday, Beerfest, Unity, The Comedian, Rawhide, Wanted Dead or Alive, 77 Sunset Strip, Perry Mason, Hawaii Five-0, Royal Pains and so on.

Youtube: Cloris Leachman in the television show, Creative Until You Die;

Throughout her extensive career which spanned over six decades, she has won eight Primetime Emmy Awards and one Daytime Emmy Award, among many other recognitions and accolades.

Cloris Leachman was a married woman. She married to husband, George Englund in 1953 who was an American film editor, director, producer as well as an actor. The couple is blessed with five children: four sons, Bryan, Morgan, Adam, Dinah, George, and a daughter, Dinah Englund. However, their son Bryan died at the age of 30 due to an overdose of ulcer medication.

The former husband and wife lived together for 26 years and got divorced. Since after divorce, she has been living a single life. She has not involved in any other love affairs and neither there are any news or rumors of her getting involved in extra relationships. Her former husband died at the age of 91 at his home.

Till date, Cloris Leachman has made onscreen appearances in the multiple television series and films. Besides, she has also collected a number of awards through her incredible acting skills including, Primetime Emmy Awards, New York Film Critics Circle, National Board of Review, Kansas City Film Critics Circle and so on. As of 2018, her net worth is estimated at around $21 million.

Currently, Leachman ages 92 and still, she has not retired from her acting professions. More recently, she has made an appearance in the film, I Can Only Imagine where she has portrayed a role of Memaw.