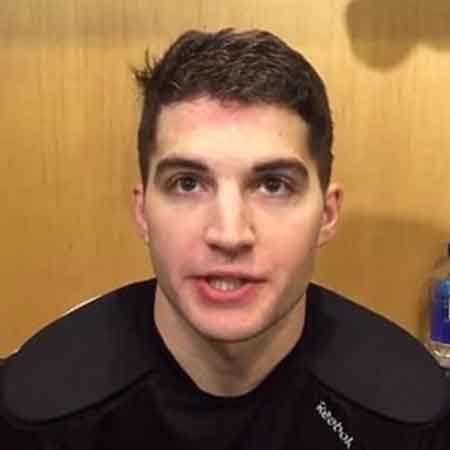 An American ice hockey winger, Conor Sheary currently plays for the Pittsburgh Penguins of the National Hockey League (NHL). Sheary made his professional NHL debut on 16th December 2015, during the 2015-2016 season.

Conor Sheary was born on 8th June 1992, in Winchester, Massachusetts, United States. He is the son of Robin Sheary and Kevin Sheary. Sheary grew up along with his sibling sisters Caitlin Sheary and Courtney Sheary.

Since his school days, Sheary began playing ice hockey. For his higher studies, he attended the University of Massachusetts Amherst where he continued his ice hockey career.

During his senior years at the University of Massachusetts Amherst, Conor Sheary played his amateur career with the university team. There he made 28 points with 9 goals and a squad-best 19 assists in 34 games.

Sheary helped Pittsburgh Penguins win the Stanley Cup by scoring a winning goal against San Jose Sharks in the finals. He played the regular 2016–17 NHL season with Penguins. Sheary signed a new three-year contract with Penguins on 30th July 2017.

Since long, Conor Shary is in a relationship with Jordan Sullivan. The duo met each other during their years at Cushing Academy and then began dating in 2008. After dating for years, the couple decided to take their relationship to the next level and got engaged in March 2016.

The couple has planned to get married in August 2018. Sheary often shares pictures of him and his future wife Jordan in his Instagram. They are still together and yet there are no any rumors of their breakup. Besides this, Sheary hasn’t dated any girls in past.

Conor Sheary has maintained a standard life. Sheary has been playing hockey since his school days and till date, he has earned a good sum of money from his playing career. On 30th July 2017, Sheary signed a new three-year contract with Pittsburgh Penguins for $9 million which worth $3 million annually.