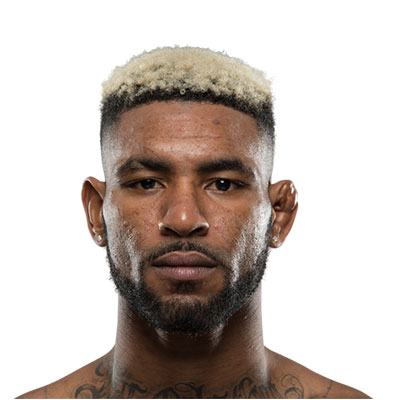 The 2009 winner of NCAA national wrestling champion, Darrion Caldwell, can be seen playing in the Bantamweight division of Bellator MMA.

The 2009 National player has once won Bellator Bantamweight Championship and four other other titles.

During his high school, Caldwell played wrestling, football, and also basketball. Darrion went to choose wrestling due to his best performance in it, however, it is to be noted that Caldwell was a two-time all-region football player. By wrestling, he was three times state champion.

After his high school, Darrion joined North Carolina University and played for the university. His freshman score was the best in the history of the university, however, he missed the title of All-American by on match.

In 2007-2008 match, Darrion secured the title he lost in the first place. His major for undergraduate studies was Africana studies.

Despite going through a major shoulder surgery, Caldwell won all 15 of his matches in 2010-2011. Darrion was also selected for 2012, US Olympic team but was eliminated in the third round.

After graduating from the North Carolina University in 2012, Darrion was signed by Texas-based promotion, Legacy Fighting Championship.

Caldwell made his debut in MMA by fighting against David Armas at Legacy FC 14 on 14th September 2012. Darrion won the match with a unanimous vote.

At his second professional match at the MAA, Darrion was put up against Quaint Kempf, Caldwell won the fight and in his third match, he faced Gerzan Chaw. Caldwell won that match too with a unanimous vote by the judges.

Later on 20th November 2014, Darrion was signed in by Bellator MMA, he successfully won the initial six bouts and lost the seventh match. He had lost the match to Joe Taimanglo, but he got his vengeance by defeating Joe in a rematch in the main event.

On 6th October 2017, Caldwell was declared Bellator Bantamweight Champion. He had faced and won his fight against Eduardo Dantas thus winning the Bellator 167.

On 2nd March 2018, Caldwell faced his opponent Leandro Higo, for the defense of the title, needless to say, Darrion won the match.

Not much is known about Darrion’s personal life, as he is too private about it. But he has a good relationship with his dog as he is never tired of uploading the pictures of his pet dog, Pitbulls.

However, looking through his Instagram page, we can conclude that he owns two Pit bulls and loves to spend his free time and play with his pets.

He was seen celebrating Thanksgiving with his entire family too.

Image: Darrion with his family at Thanksgiving

Darrion hasn’t revealed any information about the salary he receives from his contract or his net worth amount and no unofficial data has been published yet.

Yet we can assume that the 2009 best national player earns a good sum of money from his on-going successful career. He seems to be living an upper-middle-class lifestyle on his Instagram page.