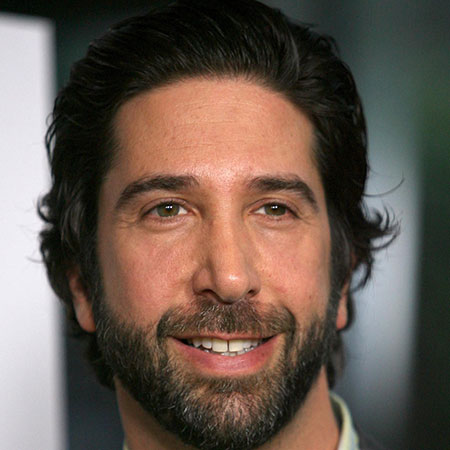 David Lawrence Schwimmer, often known as David Schwimmer, introduces himself as an American actor, producer, director, and comedian. Born on November 2, 1966, Lawrence has made an appearance from numerous television series to big budget Hollywood movies. He has been considered as such actor and comedian in Hollywood who could give some realistic acting and can grab audience attention towards him at a glance.

Born in Flushing Queens, New York, David Schwimmer  moved to Los Angeles along with his family when he was 2. He attended Beverly Hills High School and started his acting career from there. He appeared on various dramas in the high school program. In 1988, he attended Northwestern University from where he earned bachelor’s degree of Arts in theater and speech. After getting a bachelors degree in arts, with more confidence and knowledge, he started his own company Lookingglass Theater Company. During the late 1980s, he remained as an unemployed actor in Los Angeles.

David Schwimmer was born to Arthur, who was attorneys by profession, and Ariene Coleman-Schwimmer. Schwimmer moved to Los Angeles along with his family and he started his career in acting from there at the age of 10 after casting as the godmother in Cinderella. His mother was a divorce lawyer and following her career, the family shifted to Beverly Hills, where Schwimmer attended Beverly Hills High School. During his high school days, he was good in Maths and Science and he used to think that he would become a doctor. But fate has something in mind, he joined drama class and appeared in stage shows. Encouraged by drama teacher, he went to Chicago to attend drama workshop.

After graduating from Beverly Hills High in 1984, David Schwimmer  straightly wanted to pursue his acting career but his parents forced him to go to college and add more qualification in his profile so he attended Northwestern University and attended drama course when he was 16 years old. After graduation, he returned to Los Angeles and started to work to become a successful actor.

Moving to his early works, David Schwimmer debuted in the ABC television movie A Deadly Silence (1989), where he played supporting role. Later on, he made an appearance on legal drama series L.A> Law in 1992, the comedy series The Wonder Years and made his feature film debut from Flight of the Intruder. His other film works include Wolf (as a cop), The Pink Line (as Kelly Goodish/J.T.), Hotel (as Jonathan Danderfine), Big Nothing(as Charlie), Madly Madagascar (as Melman) and much more. Similarly, his television work includes The wonder years (as Michael), Blossom ( as Sonny Catalano), ER (as Dr. Karubian(voice)) and much more. For his contribution in various television series and movies he has been nominated in a dozen of awards and has bagged some them.

Moving to his personal life, in the early 2000s David Schwimmer had been dating pop singer Natalie Imbruglia, the Israeli actress Mili Avital and American Actress Ovitt. Though he had relationships with many girls and the end he married British artist Zoe- Buckman in 2011 and the couple had a daughter. He stands tall with a height of 1.85m and he has a net worth of $80 million (2016). To get the latest update about him, he can be followed in his various official social networking sites accounts.