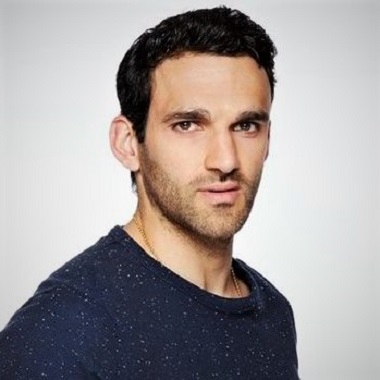 Davood Ghadami is a British actor, famous for his portrayal of Kush Kazemi on the popular English soap opera “EastEnders.” Involving in the film industry since 2005, he has appeared several movies and TV series such as Casualty, Doctor Who, Law & Order: UK, and Life’s Too Short

Davood Ghadami was born on 13 June 1982 in Harlow, Essex, England. His father, Mohammad Reza Ghadami is an Iranian-born British property developer based in Harlow, Essex. He has a sibling named Bobby Ghadami.

He prefers rice and meat and big stews and anything that’s hearty. And, because he is half Iranian, he loves Iranian stuff; his mother makes – big piles of food and sitting around the table as a family.

He began his acting career as a guest appearance Mero Hashid in the British medical drama series “Casualty” in 2005. The series was designed by Jeremy Brock and Paul Unwin.

The same year, Ghadami appeared in the police procedural television series “The Bill” playing Faz in 2005. The series gained several awards, containing Best Drama at the Inside Soap Awards in 2009 and ‘BAFTAs,’ a Writers’ Guild of Great Britain Award, this being the series’ fourth consecutive win.

In 2006, he starred in the David Wolstencroft’s British television drama series “Spooks” where he played Prince Wissam along with the stars such as Peter Firth, Matthew Macfadyen, Keeley Hawes, David Oyelowo, Hugh Simon, Rory MacGregor, and Nicola Walker. 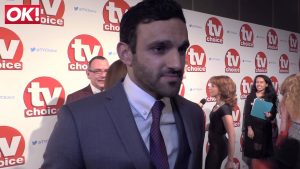 He landed a lead role in the Scottish detective television program “Taggart” where he played Duncan Clark. The series theme music is sung by Maggie Bell, “No Mean City” and the series was one of the UK’s longest-running television dramas and the longest-running police drama after the cancellation of The Bill.

In 2013, he made his presence in the British police procedural and legal television program which was held from the American series “Law & Order” where he played Russell.

As a film actor, his credits such as Shop Girl for Bwark Productions, John Carter for Disney, Red Mercury, Extraordinary Rendition and most recently Survivor directed by James McTeigue.

A stage performer as well as a screen actor, he was a member of the cast of the ‘Royal National Theatre’s production’ of composer Jason Robert Brown’s musical 13.

He is currently making his appearance in the Julia Smith and Tony Holland’s soap opera “EastEnders” playing Kush Kazemi since 2014. On 18 August 2014, announced that Davood Ghadami would enter the “EastEnders” cast to play the role of ‘Khoroush Kazemi’ (Kush).

Talking of joining EastEnders, Davood commented “I’m so excited to be joining the cast of EastEnders as I’ve been a fan of the show for as long as I can remember. It’s surreal to get to work with these actors that I’ve spent so many evenings watching on television!”.

Ghadamilikes strong women just like his co-stars Stacey and Shabnam. He always enjoyed watching June Brown as Dot Cotton, and he loves doing scenes with her. For romance, Sam Womack, who plays Ronnie. However, he seems to be not dating anyone and focusing on his work.

Till date, there are no clues about him having a secret girlfriend or not. The rumors speculated saying about his reaction towards co-star Rakhee Thakrar left the soap ‘EastEnders’ unexpected. She may be his girlfriend as he is seen only with her most of times and even supposed to be his wife.

His Instagram fan page have only guessed about their secret lives together. On the other hand, some people revealed that he might be gay after he shot naked for the Attitude Magazine. He has not commented on these rumors as well.

He holds a British nationality and has a mixed ethnicity, of Iranian and British from his parents who are Persians. He has a height of 6 feet.

After making his appearances in several TV series and movies, he has already proved himself as a hardworking actor. His attractive salary mostly hails from his acting and his estimated net worth is over million. He is also active on social networking sites like Twitter, Instagram, and Facebook.