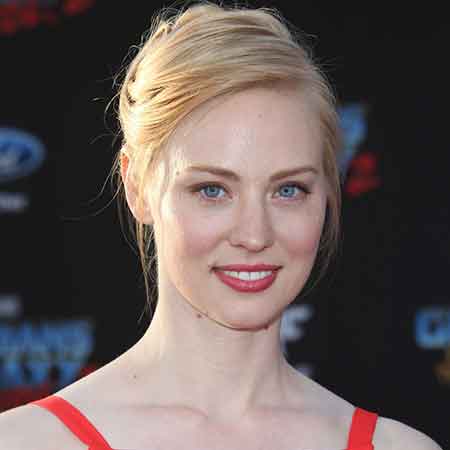 An American actress Deborah Ann Woll is better known for her portrayal role of Jessica Hamby on the HBO drama series True Blood. Woll has starred in True Blood alongside Anna Paquin, Chris Bauer, Alexander Skarsgård, and others.

Deborah Ann Woll was born on 7th February 1985, in Brooklyn, New York City, New York, United States. Her mother Cathy Woll was a teacher at the Berkeley Carroll School and father was an architect. She belongs to an American nationality and holds white ethnicity.

Red Hair Woll attended Packer Collegiate Institute. Likewise, in 2007, she graduated with a Bachelor of Fine Arts from the University of Southern California.

After her graduation, in 2007, Deborah Ann Woll began her acting career making a guest appearance in television series Life. Moreover, she further guest starred in several series including  ER, CSI: Crime Scene Investigation, My Name Is Earl, The Mentalist etc. Her other television appearances include,

Currently, Woll plays the role of Karen Page in series including Daredevil since 2015, The Defenders since 2017 and in The Punisher since 2017. Likewise, Woll made her movie debut in 2008 through La Cachette. She has further starred in several movies including,

More recently, Ann has made an appearance in the film, Silver lake where she portrayed a role of Mary. Moreover, she is working on her upcoming movies The Maze. The movie is set to be release in 2019.

Aged 33, the renowned actress Deborah Ann Woll is not married yet. However, she is currently in a relationship with her long-term boyfriend E.J. Scott. The couple began dating in 2007 and are still together.

However, Scott has suffered from choroideremia, a condition that ultimately results in blindness. So, Woll has used her celebrity status to raise awareness about the disease. Although the boyfriend and girlfriend are dating, none of them have mentioned any plans of getting engaged or married.

Though the couple has not planned anything about their marriage, they support each other very much. Apart from their relationship, the pair has kept themselves away from the extra affairs. Neither, any news or rumors of their extra relationship are bruited in the air.

Deborah Ann Woll is active in the field of acting since long. She has starred in numerous movies and television series. Besides, Woll earns a decent amount of money from her acting career,. Currently, Woll has an estimated net worth of $2 million.

Being active in the acting field, her net worth is sure to be increased in upcoming days. Woll owns two dogs of Labrador Retriever breed worth $800 to $1200.

In addition to her professional career, Ann is also active on social networking sites like Twitter and Instagram. She has thousands of followers on it. Besides, she also posts pictures of herself visiting different events and places.