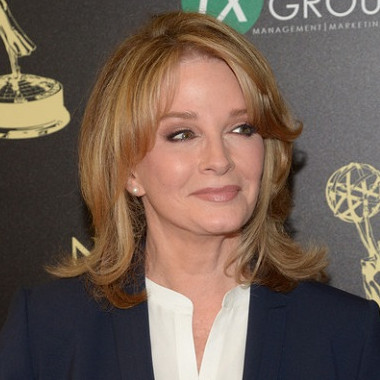 Deidre Hall has been married three times. First, Deidre got married to William Hudson then, the second marriage was with singer Keith Barbour and later she got married with Michael Dubelko, a producer, and writer.

The third of five children, Hall and her twin sister, Andrea Hall, was born in Milwaukee, Wisconsin and raised in Lake Worth, Florida. At age 12, Hall was elected Junior Orange Bowl Queen. Regarding her nationality and ethnicity, she is a white American

Hall attended Lake Worth Community High School and graduated in 1965. She studied psychology before sidetracking into acting. She was elected Junior Orange Bowl Queen, at 12. She moved to Los Angeles, in her early teens for the summer, where she got some modeling jobs and commercials through an agent.

Hall’s first appearance in the public was when she and her twin sister, Andrea, appeared in press materials for the 1952 Hudson Twin-H-Power engine. She then started doing minor roles in television shows, thinking of it as a temporary job as she had a serious career as a psychologist. Later, she realized that she was more cut out to be an actress instead.

In 1970, Hall made her first appearance on a television show in a single episode ‘We Once Came Home to Parades’ of the series ‘San Francisco International Airport’. The following year, she appeared on the anthology series “Night Gallery,” which was created by  Rod Serling.

From (1972-1973) Hall appeared on the television series “Emergency!” where she played Nurse Sally Lewis in the first two seasons. The series was created and produced by Jack Webb and Robert A. Cinader and Jack Webb.

She made her appearance on the soap opera series  “The Young and the Restless” from 1973-1975. She portrayed Barbara Anderson and was created by William J. Bell and Lee Phillip Bell for CBS.

The Young and the Restless has won nine Daytime Emmy Awards for Outstanding Drama Series since its debut. Currently,  it is the highest-rated daytime drama on American television.

Hall was featured as  Dr. Marlena Evan on daytime soap opera “Days of Our Lives.” It was written by  Dena Higley and Ryan Quan and directed by  Herb Stein Phil  Sogard, Albert Alarr, Grant Johnson, and Steven Williford.

It is one of the longest-running scripted television programs in the world, broadcast on the NBC television network and airing nearly every weekday since 8th November 1965– present. In February 2016, the show received a one-year renewal through 2017, with the option of an additional year by NBC.

In 1986, Deidre became the first recipient of the Outstanding Contribution by an Actress/Actor Award. In 1994 and 1995, Deidre was voted Best Actress twice by the Soap Opera Update Awards. She was also nominated for a Daytime Emmy three times.

Deidre Hall has been married three times. First, Deidre Hall got married to William Hudson in 1966 and divorced in 1970.

Her second marriage was to singer Keith Barbour. They tied the knot in 1972 and divorced in 1978.

In 1987, she got married to Michael Dubelko, a producer, and writer. Like the other before, their relationship didn’t last long, and separated in 1989.

Deidre Hall and Steve Sohmer got married in 1991 and have two sons named David Atticus Sohmer (born 23rd August 1992) and Tully Chapin Sohmer (born 19th January 1995), both were born via a surrogate mother known as “Robin B”. Hall and Sohmer ended their relationship with a divorce in 2006.

In 1979, Deidre Hall was also rumored to be dating Quinn K. Redeker and has briefly dated an actor, Richard Dean Anderson. She also had an affair with Ned Randolph, a politician from 1982 until 1985. She and actor, Drake Hogestyn also dated previously from 1985 – 1986.

This gorgeous actress, Deidre Hall has emerged as America’s most beloved heroine and delighted her fans. She earns enough salary from her acting career. Her salary on Days of Our Lives was in the range of $60,000 per month, much higher than most other daytime serial actors.

Moreover, She also receives a decent amount of money from several fashion lines and brands as an endorsement. Allocating information from several sources as of 2018 it is found out that her estimated net worth is around $12 million. This 5’7″ actress is active on social networking sites such as Facebook, Instagram, Twitter, and YouTube.