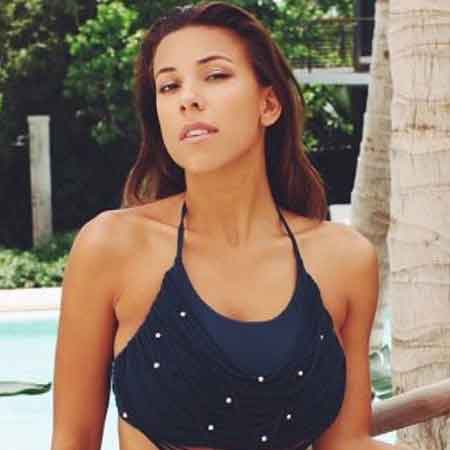 Devin Brugman is an American fashion model, swimwear model, entrepreneur as well as lifestyle blogger. In a collaboration with her friend Natasha Oakley, Brugman has co-founded a blog entitled A Bikini A Day. They have further started a swimsuits company called Monday Swimwear.

Devin Brugman was born on 26th December 1990, in Oakland, California, United States. She belongs to an American nationality and holds white ethnicity. Both of her parents run their own business. Her mother is a former model. However, Brugman hasn’t revealed the names of her parents.

Brugman moved to Maui, in Hawaii along with her parents. She completed her high school education at the age of 17 and moved to Los Angeles. Likewise, Brugman studied business at Mount St. Mary’s College.

Likewise, Brugman began modeling along with her friend Natasha Oakley. They were hired by a modeling agency and were immediately provided with a personal photographer. Later in 2012, Brugman and Natasha co-founded a blog entitled A Bikini A Day. In the blog, they discuss their day to day lifestyle.

Furthermore, Brugman and Natasha have further co-founded a company called Monday Swimwear. The imports and exports several seasonal bikinis online. Moreover, in 2018, Brugman and Natasha further launched their another company Monday Active. On the other hand, Brugman is also an Instagram model.

Devin Brugman is not married yet, however, she is currently in a relationship with Daniel Yaro. The couple is happily enjoying their love life but none of them have mentioned when they began dating. Brugman and Daniel are often seen spending their time together.

Brugman is much more secretive about her personal life. Daniel often shares pictures of them together on Instagram, but Brugman hasn’t yet shared any of them. Although the couple is dating, they haven’t mentioned any plans of getting engaged or married.

Besides this, Brugman was previously hooked up with an American football wide receiver Greg Little. They began dating in 2013 but failed to continue their relationship and later separated.

The renowned model, Devin Brugman has been working in the field of modeling since long. Till date, she has worked for several modeling agencies. Moreover, Brugman is also the owner of several swimwear companies.

From her modeling career and companies, Brugman earns a decent amount of money and currently has an estimated net worth of $300 thousand. She wears branded clothes and jewelry. Brugman owns a dog of Border Collie breed worth $600 – $800.