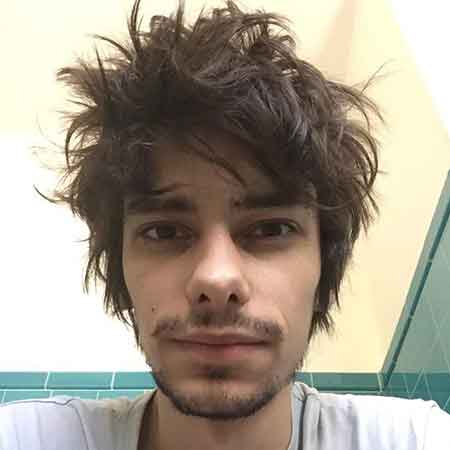 A Canadian actor Devon Bostick is better known for his portrayal role of Jasper Jordan on The CW show The 100. Likewise, his other notable movie roles include as Brent in Saw VI and Rodrick Heffley in Adoration.

Devon Bostick was born on 13th November 1991, in Toronto, Canada. He belongs to a Canadian nationality and holds white ethnicity. His mother Stephanie Gorin is a casting director and father Joe Bostick an actor.

Bostick grew up along with his brother Jesse Bostick who is also an actor. At grade five, Bostick began acting. Bostick graduated from the Etobicoke School of the Arts in Toronto.

At grade five Devon Bostick began acting. In 1998, Bostick made his television debut appearing in Exhibit A: Secrets of Forensic Science playing the role of the son. He next starred in the series Odyssey 5 as  Gothic Teen from 2002 to 2003. His other television appearances include,

Likewise, Bostick made his movie debut through The Truth About the Head in 2003 playing the role of a Boy. Moreover, he further starred in Godsend and Land of the Dead. Since then, Bostick has appeared in numerous movies including,

Devon Bostick stands the height of 6 feet i.e. 1.83 m and weighs 76 kg. So far, the 26 years old versatile actor Bostick is not married. However, as per the source, Bostick is currently in a relationship with a Swedish model Alexandra Burman. But Bostick often keeps his personal details away from the public.

Although the couple is dating, none of them have mentioned when they began dating, Moreover, Bostick does not make public appearances with his girlfriend. Yet, the couple hasn’t mentioned any plans of getting engaged or married.

Devon Bostick has maintained a lavish life. He is still active in the field of acting since long. Bostick has starred in numerous movies and television series to date. From his acting career, Bostick earns a decent amount of money.

As of 2018, Devon Bostick’s net worth is around $3 million and his yearly salary is $0.36 million. He often visits new places with his friends during vacations.