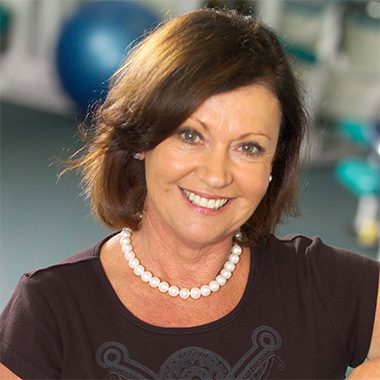 Diana Williams is a well-known American television journalist. She works at WABC television in New York City, New York. She worked there as a co-anchor with Sade Baderinwa. She also worked as the host of the public affair program “Eyewitness News Up Close” with Diana Williams. The program airs at 11 a.m. on Sunday.

Diana was born on July 18, 1958, in Columbus, Ohio. She studied at Duke University in Durham, North Carolina and graduated from there with a degree in economics in 1980.

She began her television career in Charlotte, North Carolina. She worked at WSOC as a reporter. She also worked at WBTV as a weeknight anchor at 6 p.m. and 11 p.m. She then worked at WNEV which is now called as WHDH in Boston, Massachusetts from 1987 to 1991. In 1991 she joined WABC. She there worked as a reporter and then became a weekend anchor. After a year of hard work and dedication towards her work, she was successful in becoming the co-anchor of the station’s 11 p.m. “Eyewitness News newscast’ with Bill Beutel. She then joined Beutel in 1999 on the p.m. newscast. Since the departure of Roger Grimsby, she became Beutel’s first co-anchor at 6 p.m. in 1986. She then became the co-anchor of the 11 p.m. newscast along with Bill Ritter in 1999.

In 2001, Diana Williams joined the 6 p.m. newscast with him. In 2003 she joined the 5 p.m. newscast along with Roz Abrams. She got the opportunity of traveling the world and covering the stories for Eyewitness News. She also traveled Ireland and Israel to report on conflicts. Most of the time she traveled with Pope John Paul II. Pope most historic visit to Israel in 200 was notable. Along with Pope, she traveled to Toronto, Ontario, Canada and Baltimore, Maryland; Mexico City, Mexico. She covered the September 11, 2001, attacks and for its tenth anniversary in 2011. She also reported outside The Pentagon in Arlington, Virginia.

Diana Williams is a happily married woman. The couple together is blessed with three children. They currently reside in Westchester Country, New York. She has served the National Eating Disorders Association. She also has served the Duke University Library Advisory Board.

Williams likes to play tennis and is an avid tennis player. In November 2010 she ran the New York City Marathon. She loves hiking and mountaineering as it is her passion too. In July 2007 she climbed Tanzanian Mount Kilimanjaro along with her son Nathaniel. She even blogged about the climb and also videotape the journey with a camera. On July 23, 2007, she submitted the mountain after 1 a.m. New York City time.

Diana Williams was awarded the Tanzanian Award on September 23, 2008. She received Emmy Award for her half-hour special which was focused on the immigration issues along the Mexican and Arizona border which is called as Dangerous Crossings.