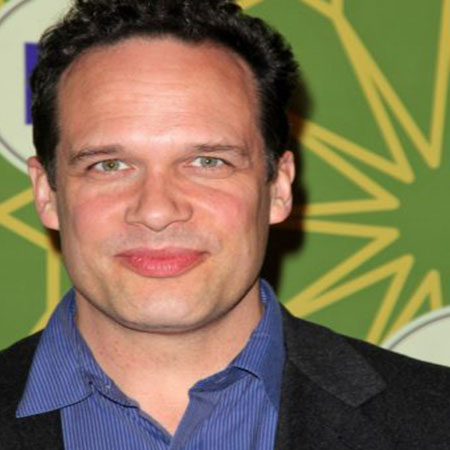 Diedrich Bader is an American actor, voice actor, and comedian. He rose to fame for starring in comedy film including The Beverly Hillbillies, Office Space, EuroTrip and Napoleon Dynamite. Multi-talented Bader is also a voice actor for several movies such as Batman on Batman: The Brave and the Bold and JLA Adventures: Trapped in Time.

Diedrich is a married man. So who is his wife? Does the couple shares any children? Know about Bader relationship up to date in this content. Check out.

Who is Diedrich Bader? Know About Bio & Wiki

His grandfather Edward Lawrence Bader was a mayor of Atlantic City, New Jersey. His father’s name is William B. Bader who is United States Assistant Secretary of State for Educational.

Bader was only two years of old when he moved to Paris but later on migrated to the US for attending  Groveton High School.

Furthermore, he graduated from  T.C. Williams High School in Alexandria, Virginia. Also, he completed his college life from the University of North Carolina School of the Arts.

As mentioned above, Diedrich Bader is a married man. Bader tied the knot with famous actress Dulcy Rogers who is well known for appearing in the movie Father of the Bride Part II, and Certain Guys.

Diedrich and Dulcy got married in 1997. Similarly, the duo exchanged their wedding vow in the presence of their friends, family, and other co-workers. Diedrich has posted pictures of their first dance as bride and groom in twitter. 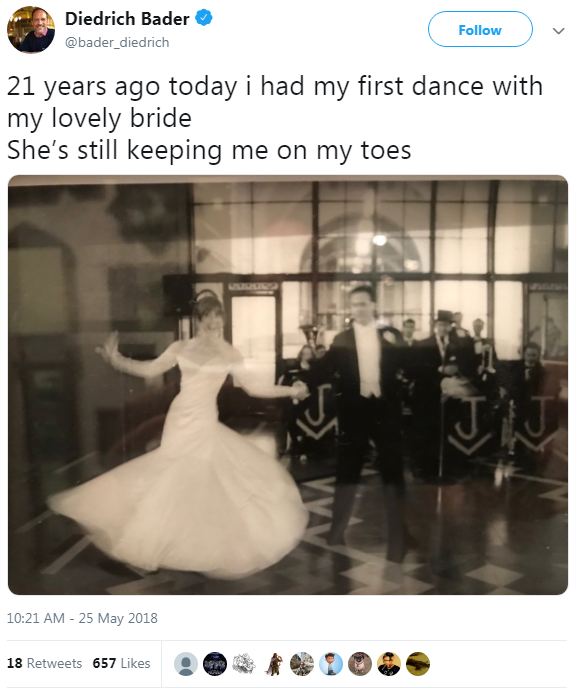 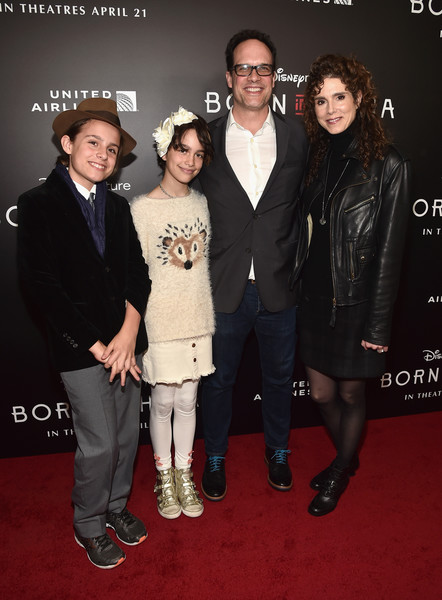 Diedrich Bader with his wife and children
SOURCE: Zimbio

Usually, as seen celebrities can’t sustain their married life for too long but in the case of Bader & Rogers’ love affair, it’s totally different.

There is no such disturbance between the two love bird. They are happily engaged in love as well as in the entertainment business.

Diedrich is a very attractive man who has dark brown eyes and black colored hair. Additionally, he stands at a height of 6 feet and 2 inches.

|s of 2019, Bader’s total net worth is estimated at around $6 Million. Bader has collected this huge amount of fortune from acting, voice actor, & comedy debut. Moreover, he has featured in several movies and TV series in his long professional career.

Diedrich portrayed in the movie Miss Congeniality which has garnered an impressive amount of $101 million in Box Office whereas the actual production budget of the film was only $45 Million.

Bader also made a colossal amount of earnings from Office Space, Napoleon Dynamite, Jay and Silent Bob Strike Movies. In addition, from his acting profession, he pockets an average revenue of $250 thousand to $400 thousand annually.

Diedrich first major appearance in the series was in 1993 where he starred in The Searcher. Moreover, Bader shifted to the movie acting for The Beverly Hillbillies ‘ 1993, but returned to television, playing Oswald on The Drew Carey Show from 1995 onwards.