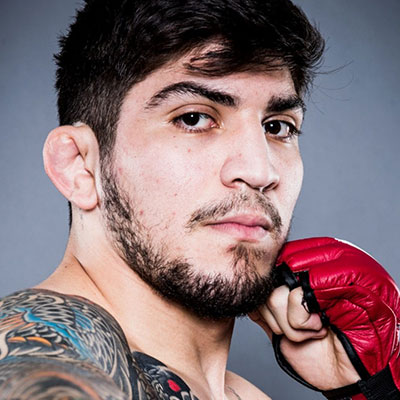 Dillion Danis is a popular mixed martial artist who currently competes in Bellator MMA. Similarly, he is better recognized for his amazing Brazilian Jiu-Jitsu techniques with IBJJF worlds titles at brown belt.

The 24 years old mixed martial artist currently seems to be living a single life. It is hard to believe, this talented and handsome fighter is away from the relationship. So, let’s find out detail about Danis’s personal life and also know about his early life, career, net worth, relationship, affairs, married life, awards, nationality, ethnicity, and many more.

Dillion Danis was born on August 22, 1993, in New Jersey, the United States to American Parents. Regarding his nationality and ethnicity, he is a white American.

IBJJF Boca Raton International Open Champion, Danis began fighting since the age of 15. In the beginning, he used to street fight at his school. As a teenager, he could not even do one push-up but with the help of the coach, Jason Lodato, he developed his fighting skills at a brief time.

Danis rose to fame after Conor McGregor hired him to be his grappling partner in 2016. More recently, he made his MMA debut at Bellator 198 against Kyle Walker. He won the fight via submission. Currently, he is preparing for his next fight.

Before making MMA debut, Danis won several titles. Some of them are

The 24 years old mixed martial artist, Danis has kept his personal life low profile. He has not shared any information regarding his family, girlfriend and so on. Besides, Danis seems to be busy with his MMA career and does not seem interested getting involved in relationships. He might have been in a relationship during his last days which he does not want to share with the media.

As of 2018, Dillion Danis’ net worth is under review but analyzing his works he must have collected money in thousands of dollars.